Late in 1967 I became clearly aware of the many melodic patterns resulting from the combination of two or more identical instruments playing the same repeating pattern one or more beats out of phase with each other.


As one listens to the repetition of the several violins in Violin Phase, one may hear first the lower tones forming one or several patterns, then the higher notes are noticed forming another, then the notes in the middle may attach themselves to the lower tones to form still another. All these patterns are really there; they are created by the interlocking of two, three, or four violins all playing the same repeating pattern out of phase with each other. Since it is the attention of the listener that will largely determine which particular resulting pattern he or she will hear at any one moment, these patterns can be understood as psychoacoustic by-products of the repetition and phase-shifting. When I say there is more in my music than what I put there, I primarily mean these resulting patterns.


Some of these resulting patterns are more noticeable than others, or become noticeable once they are pointed out. This pointing-out process is accomplished musically by doubling one of these preexistent patterns with the same instrument. The pattern is played very softly, and then gradually the volume is increased so that is slowly rises to the surface of the music and then, by lowering the volume, gradually sinks back into the overall texture while remaining audible. The listener thus becomes aware of one pattern in the music that may open his ear to another, and another, all sounding simultaneously in the ongoing overall texture. 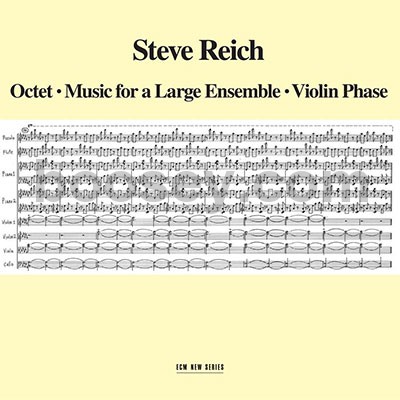