I have been interested in the combination of violin and piano for a long time. In fact, my first piece ever was a duo for violin and piano. I am interested because it is a preposterous, awkward liaison. The two instruments could not be more different in terms of construction, physics, sound, character and playing technique. It is obviously well suited for a melody in the violin and restrained accompaniment in the piano but achieving any other kind of workable co-conspiracy requires some imagination. It is like having a baby: it's really hard but millions of people do it and the challenge does you good.

I developed my interest in this combination in college where I, as a young rock guitar player, first encountered chamber music. My music theory and music history teachers frequently appeared as a violin and piano duo and their performances of Sonatas by Debussy, Prokofiev, Shostakovich, the Duo Concertant of Stravinsky and other mostly twentieth century works literally changed my life - I became a composer. Perhaps that is why the title of this piece is nostalgic and quite unlike my other titles such as Eating Greens, Banana/Dump Truck or On All Fours.

There are two features which deserve special mention. First, the violin part makes occasional use of microtones - notes in between the familiar equal tempered tones. Second, the two movements are highly asymmetrical. The first is about two minutes long and the second is closer to 18 minutes.

Sonata for Violin and Piano was written for David Abel and Julie Steinberg and was commissioned by the McKim foundation at the Library of Congress. 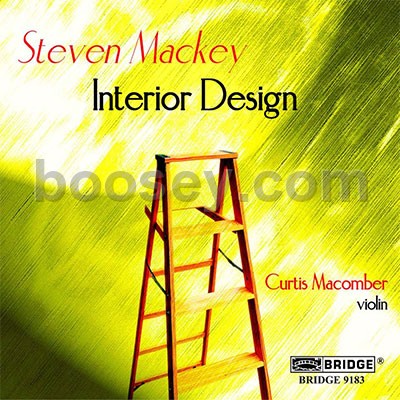