Composed between 1995 and 2003, the Monograms for piano, a cycle of fourteen short character pieces, were inspired in some cases by the "round" birthdays of the dedicatees:

The series is made up of two groups of seven pieces each, of which the respective first pieces ("Entrée" and "Gemäßigter Aufschwung") have an introductory function, and of which the respective last pieces ("Frenesie" and "Scanning") have a concluding or summarizing function. The other pieces, too, correspond musically with one another; for example, the second with the ninth, the third with the tenth, etc. As the subtitles already imply, the pieces are very different in terms of character, structure, and pianistic-technical conception. The structure of some of the pieces (nos. 2, 4, 9, and 11) are derived from the musical note letters contained in the names of the respective dedicatees. The designation "monogram" refers particularly to these four pieces. All the other pieces are based on a twenty-two–tone "tonal structure" (which incidentally also – with small modifications – determines the order of the pieces), "temporal structures" derived from it, and the principle of "permanent development," that is to say, categories that one also knows from other works by me. "Scanning" is a kind of montage of all thirteen preceding pieces. 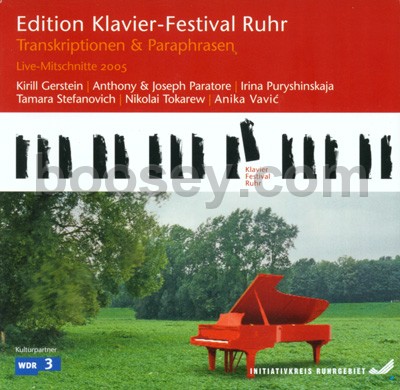