In 1965 I attended Pierre Boulez’s analysis seminars as well as the lectures by Theodor W. Adorno and others at the Darmstadt Vacation Courses. As a consequence of my occupation with serialism, which began there, and at the same time as a personal homage to the still highly esteemed Béla Bartók, I wrote Diaphony for two pianos. It evolved from the idea to expand the ten-tone introductory motif from Bartók’s Sonata for two pianos and percussion into a twelve-tone row, to derive from it corresponding series of tone lengths (but not serial dynamics or articulations!), and to musically process them in as diverse a manner as possible. Toward the end of the piece, the Bartók motif is quoted exactly.
(During a study sojourn in Paris in 1974/75, I rewrote and revised the musical text.) 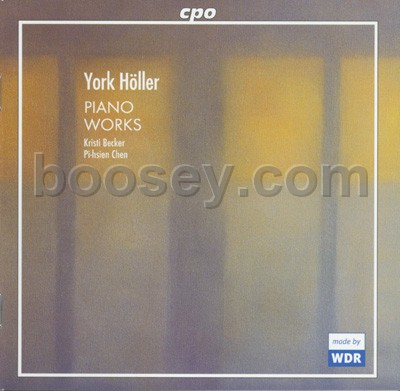