“Neuwirth has created a compact work for trumpet…[which] represents a multifarious observation and admiration of the world (miramondo multiplo). She lures the listeners into a skilfully joined, shimmering realm of random memory tableaux, where you meet, for example, Miles Davis, Berg, Mahler, Messiaen and even Handel.” (Stefan Musil, Die Presse, 21 Aug 2006)

“In her 20-minute work for trumpet and orchestra, Neuwirth does not employ the concerto principle in the sense of rival friction. Rather, she creates, as in a kaleidoscope, a fulfilled ideal of peaceful cooperation, of coexistence based on freedom… The five movements draw the listener into a labyrinth of memories, where Handel’s Lascia ch’io piango meets the fanfare out of Mahler’s 5th symphony, and snatches of a Stravinsky march meet the jazz idiom of Miles Davis… the solo protagonist is led via numerous uncertainties, dangers and delusions to freedom.” (Julia Spinola, Frankfurter Allgemeine Zeitung, 23 Aug 2006)

“Each of the five movements, all called Aria, tells its own complex stories. Together, they create a multidimensional, richly facetted perspective. The dramatic eruption, over which the trumpet soars unperturbed, is followed by whirring and floating and an invocation of Mahler. The third movement is moving along with urgency, the fourth leads to a peacefully quiet, iridescent glowing, the last aria is characterised by an involved passionate dialogue with a fanfare finale.” (Hans Langwallner, Kronen Zeitung, 21 Aug 2006) 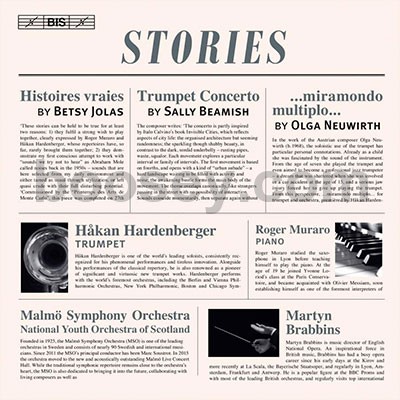