Incredible things happen in the Moscow of the thirties: Berlioz, editor of an art journal and Besdomny, a young poet, discuss the question of whether Jesus Christ truly lived or not. A foreigner interrupts their conversation and mentions in passing that he was present when Pontius Pilate interrogated Christ, and thereby His existence is proved. The stranger introduces himself as Voland, a professor of black magic, hinting that he has precise knowledge not only of the past, but also of the future: he predicts that Berlioz’s head will be parted from his body on the same day. And his prophecy comes true… It is the Devil himself, "the force, which always wants the bad and always creates the good" (Goethe’s Faust), who initiates a series of fantastic events: when the publication of his undesirable novel about Christ and Pontius Pilate is received with ignorant criticism and censorship, the Master is thrown into deep isolation and despair and finally into a lunatic asylum, but the building of the writers’ union is consumed by flames. In a vaudeville presentation, respected public figures are unmasked as scoundrels in a grotesque play. Margarita, the Master’s beloved, acquires the ability to fly through the air, and takes part in the "Grand Ball of Satanas" (ballet). After a long separation, she is reunited with the Master. Finally, accompanied by the Black Magician and his assistants, the big bold tom cat Behemoth and the sorceror Asasello, the Master and Margarita escape into orbit, because they could not find a place to be happy in this world. 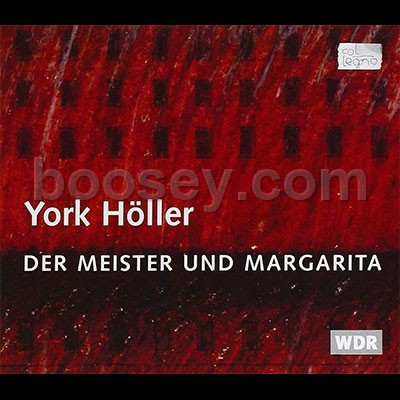