We’ve all heard it many times...the promises of a life of luxury, fame and fortune that are the product of our media dominated world. How would you spend a million dollars? Where is the perfect holiday destination? What makes for true happiness in a TV life? Game Over is about the real emptiness that lies smirking behind the facade of day-glo, prime-time dreams, the realisation that instant wealth isn’t an answer anyway. Originally produced as part of an electronic sound installation entitled "hundreds and thousands" for the millennium celebrations in Berlin, "Game Over", with its 7 instrumental soloists, chamber orchestra, sampler and multi-track sound design, has evolved into a live tone poem of unrealisable desires for a flailing generation. It all starts as an innocent story...a young man tells briefly of his family background ("I’m a Chicago boy"). The Bang on a Can soloists, together with Richard Tognetti’s electric violin, tentatively join in the game, playing almost like contestants of a show, each with their own stories, idiosyncracies and characters whilst the solid, corporate edifice of the orchestral strings gradually lays down the ground rules by which the game must be played.

"Game Over is the composer’s musical treatise against that most vacuous of television culture’s genres, the game show... [and] stood out for the finely wrought complexity of its orchestral textures." (Metropolitan) 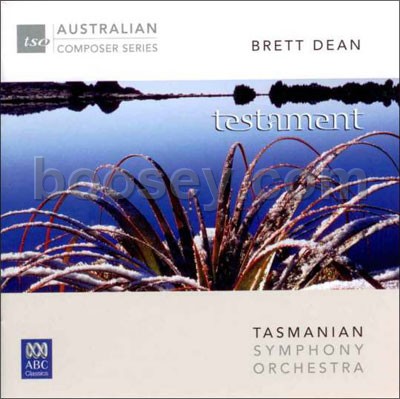