In her works the composer Annette Schlünz holds a highly physical and sensual force against the rational and constructive tendencies of our time: organism-like structures, sounds that seem to be based on the eternal unchanging laws of nature, therefore speaking to us on an intuitive and emotional, existential level. In the same way as molecules are formed out of atoms and atoms out of elementary particles, forming structures that eventually fall apart, this composition generates tiny elements that accumulate to form more complex sounds that briefly breathe in their newly formed shape, only to separate again and enter into new relationships.

Fadensonnen is a result of a commission by the Dresden Center for Contemporary Music. As indicated in the score the work was completed on June 8, 1993. From the perspective of structure, content and projection the composition develops the intentions found in previous pieces, but indicates, nevertheless, a decisive step into a new direction of musical thinking. Within its approximately 11 minutes in duration the piece unfolds a musical world full of tenderness, gentleness and sensitivity that seems to herald a vision of possibility for the world.

‘Fadensonnen’ is a word creation of Paul Celan evoking manifold associations of suns, whose lavish fullness has been reduced to a fraction of their former powers. Is now the great, opulently radiant body of the sphere that for millennia has hurled its energies into our galaxy itself merely held by a silken string? Does this foreshadow sentiments of time coming to an end? Becoming and perishing – the great perennial themes of life and great art. The sun, cosmic being unfathomable by our minds, Yang of life; and a thread, a fragile tangle: two images that seem to be mutually exclusive, two words that have nothing to do with each other in our everyday language. Poetry... Connecting something in mind and heart that usually remains apart can create the unexpected, perhaps a possibility: ‘Fadensonnen’ could also mean, a luminous, tissue-like web of light and warmth. Hope – but what for?

The point of departure of the work was a magical square. Greek (especially the Pythagorean school), Medieval, European Baroque, but also the Arabic cultures, as well as the Jewish Kabbala have deemed the symbolism of numbers as highly significant. The joy of playing, the search for possibilities of encoding processes (secret knowledge), the respect before the divinely ordained order of the world that enters the domain of mysticism and esoterics, even today carry the fascination for the symbolism of numbers. In Fadensonnen it is the square with a 5 in its center around which are grouped the numbers 1 to 9: an ancient symbol that has appeared in many cultures. The sum of all horizontal, vertical and diagonal divisions is 15. But in the bottom left-hand corner the number 17 appears, resulting, according to the Arabic alchemist Dshabir, from the addition of the sequence 1:3:5:8. Numerical relationships influence the measure proportions of the piece (e.g. sequences of 8,5,3,1 measures) and furthermore determined the choice of instruments:

This instrumentation contains all dominant members of the classical orchestra tradition. At the same time three ‘classical’ groups from traditional chamber music are being used, thus allowing for the finest chamber musical gradations in addition to offering a solo concerto formation (through the use of the second clarinet as solo instrument) and a multitude of other instrumental combinations. The most subtle timbral possibilities and flowing transitions ranging from sonic splits to fusions practically are a given with such an ensemble and are hence indeed taken advantage of by Annette Schlünz.

The other numbers of the square carry different functions. The number 6 is responsible for dramaturgy. There are six sections within one continuous movement. 5 and 6 are also related to the sonic material of the work: the number 5 as centerpiece of the square surfaces in the five-part chord Bb-A-F-Eb-E, which is the basic cell of pitch organization. Furthermore, 5 generates the genesis of this chord as the single pitches are marked by a relationship in fifths: Bb-F, Eb-Bb, A-E. To this basic chord a sixth note is added by the solo-instrument, once again stressing the interval of the fifth: Ab (is the German note-spelling ‘AS’ indicative of the composer's initials? A kind of psychogram? The fact that this Ab appears as the opening and ending note of the piece emphasizes its significance and therewith the possibility of a biographically motivated pitch symbolism). The remaining divisions of the magical square, 2, 7, and 9, frequently appear as intervals (second, seventh and ninth). The number 2 also determines two parallel structures that the composer describes as SONIC STRAND and EVENT STRAND.

All of this appears against a background of ‘nothingness’ since the overall sound rarely exceeds the realm of piano. Some processes emerge from ppppp. Often, the musicians have to negotiate differentiations from pppp to ppp and back to ppppp. Which event may be considered mf in such a context? How much of themselves will the musicians have to hold back when they are usually asked to shine with their artistry? How wide must we listeners open ourselves to enable ourselves to hear this music as it is meant to be heard: upon the bare thin skin of the body, upon the unprotected self. 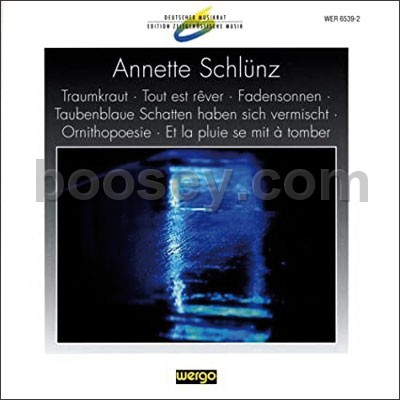