The impetus for the Joseph Haydn Society to commission Gaggle and Flock was to celebrate the excellence of the Borromeo and Brentano string quartets and to confirm the collegial bonds between them. In addition to finding themselves at the same festivals, mixing and matching to form quintets and sextets, at the time of the commission, the two violists were married. Due to a personnel change, not divorce, I’m happy to report, the two quartets are no longer matrimonially joined at the viola, but the idea of featuring the two violas and creating a strong musical bond between them continued to intrigue me. Violas have such a distinctive, soulful sound and represent the inner voice of the quartet literally, psychologically and metaphorically. It was my intention to explore the dialectic of inside versus outside, within the community of the octet, the two quartets, the violins, violas and cellos.

The first compositional act was to design the seating plan which places the violas together at the center as the symbolic point of connection between the two quartets, and places the violins and cellos as antiphonal opposites. This arrangement puts the viola pair on an equal footing with the violin pairs and makes palpable the movement between inside and out as well as left and right. The shape of the seating plan, reminded my wife of the "flying-V formation" of migrating geese and, since the music plays so much with the social dynamic within this community, I began thinking of the community as a Gaggle and Flock.


The first movement, Gaggle (ca. 14 min.), is about motion. The community is one of diversity where factions (usually duos) are encouraged to pipe up with serious considerations as well as cackling dissent. It is a something of a migratory fantasy, always on the go, with each move achieving a volatile consensus, never unanimity. Although in the world of geese, ‘gaggle’ and ‘flock’ are synonyms, the word gaggle seemed to capture the spirit of this movement in the form of onomatopoeia.


In the second movement, Flock (ca. 11 min.), the community is much more unified toward a single common musical result. The individual instruments are often asked to subordinate individual tendencies to create the sense of a single communal instrument/organism. Unlike Gaggle which was mercurial, Flock is simply slow-fast-slow and all three sections are based on the same melody. 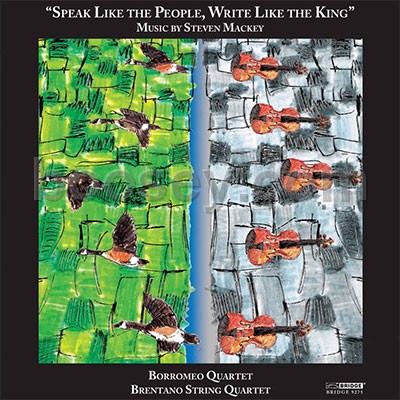