Born on 25 March in Nagyszentmiklós, Hungary (now Sînnicolau Mare, Romania), son of an agricultural school headmaster and a teacher, both amateur musicians 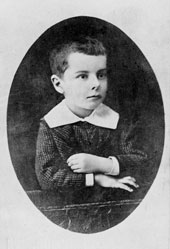 Begins piano lessons with his mother

First compositions, starting with a waltz

First public performance as a pianist, in Nagyszentmiklós, including his work The Course of the Danube 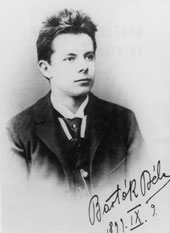 Performs his own piano sonata and parts of a piano quartet; visits Vienna, where he is offered a scholarship at the Conservatory

Commences studies in piano and composition at the Academy of Music in Budapest; serious lung problems emerge 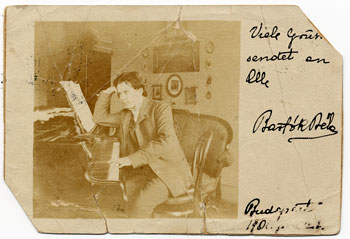 Gains first major success as a pianist in Budapest playing Liszt’s Piano Sonata; his interest in the works of Liszt and Wagner grows

Performs Strauss’s Ein Heldenleben in his own piano transcription in Vienna, and performs in Berlin; presents his first public solo recital, in Nagyszentmiklós.

His symphonic poem Kossuth (1903) is performed in Budapest and Manchester; composes op.1 Rhapsody and op.2 Scherzo; his interest in folk music is first aroused

Competes unsuccessfully, as pianist and as composer, in the Rubinstein Competition in Paris; starts folk-music collaboration with Zoltán Kodály; composes his orchestral Suite No.1 and the first three movements of Suite No.2.

Appointed to the piano staff of the Budapest Academy of Music (to 1934); his interest in the works of Debussy and Reger is aroused; completes his Suite No.2 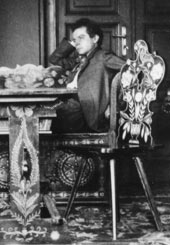 First folk-music article and first of many instructive editions of piano classics are published in Budapest; starts to investigate Romanian folk music; completes his Violin Concerto No.1 (op.posth.) and composes many piano pieces, including Fourteen Bagatelles

Marries Márta Ziegler (1893-1967); completes his String Quartet No.1 and a variety of short piano pieces 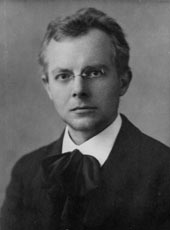 Starts to withdraw from Hungarian musical life, although continues to teach at the Academy; composes his Four Orchestral Pieces (orchestrated in 1921)

War breaks out; he is rejected for military service; starts to compose his ballet The Wooden Prince

Reger Variations and Fugue on a Theme of Mozart, Dohnányi Variations on a Nursery Song;
Opening of the Panama Canal;
Outbreak of First World War;
Russian attempted invasion of Hungary
Joyce Dubliners 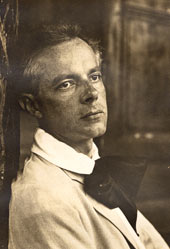 Composes his Suite for piano and two sets of songs (BB71, 72), as well as several Slovak folksong settings 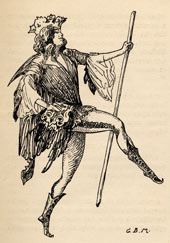 Completion and well-received Budapest première of The Wooden Prince; completes String Quartet No.2

Re-emerges into Budapest’s concert life; accepts a position with the short-lived Communist Republic of Councils; initial completion of his pantomime The Miraculous Mandarin (orchestrated in 1924)

Starts to re-establish Western European contacts and seriously thinks of emigrating; writes of approaching an atonal goal in recent compositions; composes his Improvisations for piano

Writes many articles for foreign journals; completes his study, with Kodály, of Transylvanian folksongs, and contracts to publish his Slovak collection; composes his Violin Sonata No.1, inspired by violinist Jelly d’Arányi 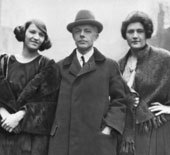 Tours Romania, Britain, France, and Germany, with great success; participates in founding the International Society for Contemporary Music (ISCM) in Salzburg; composes his Violin Sonata No.2 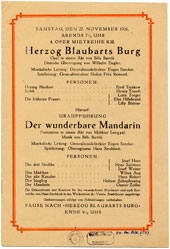 Makes first radio appearances as a pianist; attends controversial première of The Miraculous Mandarin in Cologne; composes the Piano Sonata, Out of Doors, Nine Little Piano Pieces, and Piano Concerto No.1, which reflect Baroque interests; later comments that around this year he moved from a Beethovenian to a more Bachian creative aesthetic

Undertakes his first tour of the United States (into 1928), to mixed reception; completes his String Quartet No.3, gaining equal first prize (with Casella) in a Philadelphia competition

Makes first commercial gramophone recordings of his works; composes two Violin Rhapsodies No.1 and No.2 and String Quartet No.4

Decides no longer to perform his own works in Budapest (to 1936); the first full-length study of his works, by Edwin von der Nüll, appears in Halle; composes Cantata Profana, and Hungarian Folksongs for mixed chorus

Joins the literature and arts committee of the League of Nations’ Commission for Intellectual Cooperation; completes his Piano Concerto No.2 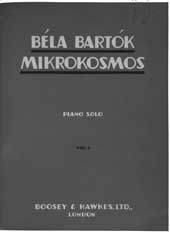 Attends a conference on Arabic music in Cairo; composes Székely Folksongs for male chorus; completes a set of violin duos for students, and starts to write for his Mikrokosmos collection of graded piano pieces

Premières his Piano Concerto No.2 in Frankfurt am Main (last appearance in Germany) 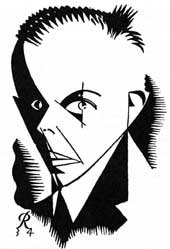 Is released from teaching at the Budapest Academy of Music and joins the folk-music section of the Hungarian Academy of Sciences (to 1940); composes his String Quartet No.5, to a commission from the Library of Congress in Washington

Refuses award of the Hungarian Greguss Prize for his orchestral Suite No.1 (1905); publishes his study of Romanian Christmas Songs; composes From Olden Times for male chorus and most of Twenty-seven Choruses for children’s and women’s choruses

Presents his inaugural address, about Liszt’s music, before the Hungarian Academy of Sciences; visits Turkey to perform, collect folk music and advise on music education; composes the Music for Strings, Percussion, and Celesta, to a commission from Paul Sacher 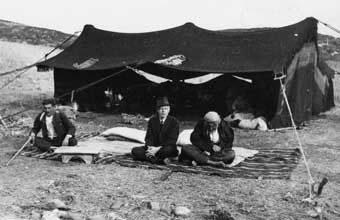 Forbids relay broadcasts of his concerts over German or Italian radio; composes the Sonata for Two Pianos and Percussion

Starts negotiations with Boosey & Hawkes to take over publication of his works from Universal Edition, Vienna; starts to send his most valuable manuscripts out of Hungary; performs for the last time in Britain; composes Contrasts, to a commission from Benny Goodman, and completes the Violin Concerto No.2

Tours the United States and later in the year settles in New York; receives an honorary doctorate from Columbia University; arranges his Sonata for Two Pianos and Percussion as a concerto 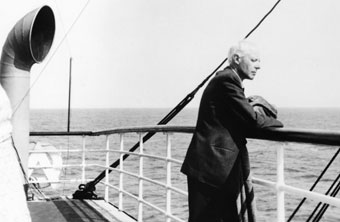 Takes up a research fellowship in ethnomusicology at Columbia University; gives occasional concerts, often with his wife; arranges his Suite No.2 for two pianos 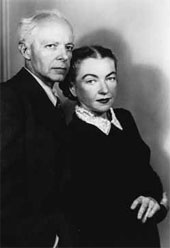 Experiences depression at dwindling concert, lecturing, and publishing opportunities, and onset of illness; puts most of his energies into his ethnomusicological work

Makes final concert appearances, with his wife, performing the Concerto for Two Pianos, Percussion and Orchestra in New York; takes up visiting professorship at Harvard University but soon has to relinquish his responsibilities because of ill health; completes his study of Turkish folk music (published in1976); composes Concerto for Orchestra, to a commission from the Koussevitzky Music Foundation

Completes his study of Serbo-Croatian folksongs(published in 1951); moves to his final New York apartment after many months of recuperation at health resorts; composes and hears Menuhin première his Sonata for Solo Violin in New York; attends première in Boston of Concerto for Orchestra, under Koussevitzky 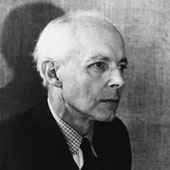 Completes his monumental study of Romanian folkmusic (published in 1967-75); composes the Piano Concerto No.3; sketches the Viola Concerto (commissioned by William Primrose) and some ideas for his next string quartet; dies of leukaemia in New York on 26 September


Copyright images courtesy of Peter Bartók and the Bartók Archive Budapest -
visit their website for a Virtual Exhibition on the composer.