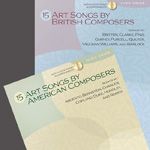 Boosey & Hawkes has released two new collections of Art Songs, 15 songs by American composers, and 15 by British. Both are available in high and low voice. 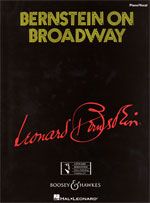 
This classic collection of hit songs from Bernstein's Broadway musicals including West Side Story, On The Town and Wonderful Town is  now back in print in a new edition.