In the Cenci palace, the Count’s daughter Beatrice, her stepmother Lucrezia and brother Bernardo, dream of life away from Cenci’s brutality. She asks the priest Orsino, a family friend, to help her seek a marriage through petitioning the Pope. He pretends to agree, but secretly has plans to win her himself by other means. Count Cenci entertains his guests, but horrifies them by drinking a toast to the murder of his two sons in Spain. Beatrice appeals to the guests to rescue the remaining family from their tormented life, but she is abandoned to face her father’s revenge - incestuous rape. Beatrice is distraught and cannot name her father’s crime. Orsino suggests that Cenci is murdered, and Beatrice supplies the sleeping draught. Two hired assassins throw the Count from a window. Cardinal Camillo arrives as the murder is discovered. One of the assassins is caught with a letter from Orsino revealing the complicity of Beatrice and Lucrezia who, despite protestations, are arrested. In prison the ladies hope for help from Orsino, but he has fled to Rome. Lucrezia is tortured and confesses, and the judges pronounce them guilty, though Cardinal Camillo agrees to seek clemency from the Pope. The following morning he returns with news that the Pope’s heart has hardened and their execution is to go ahead. At the foot of the scaffold Bernardo tells Beatrice and Lucrezia that his own plea to the Pope has also failed. The women are executed and a Requiem Mass for their souls is heard. Cardinal Camillo murmurs "We are all enmeshed in one vast web of sin and guilt". 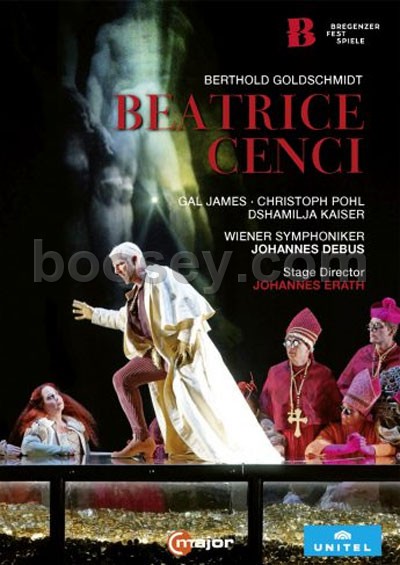