The aged Pope learns that in spite of being excommunicated, the Emperor intends to celebrate Easter although it has been forbidden to him. Beside himself with anger, the Pope curses the Emperor and all his issue. This papal bull is to be delivered to the Emperor´s royal capital in Palermo. – Three princes from all corners of Europe, envoys of their countries, arrive at the magnificent court of the Emperor and are fascinated by the beauty of the South. In the gardens they hear Laura, who is hidden from view, singing a sad song. They all know about the strange love affair of the Emperor, who has kept Laura at his court in isolation for many years; first as a child, and then as his mistress. The Emperor, who in the meantime has received the papal bull and is in need of some diversion, orders the new present from his Arab friend, Elkamil, to be brought. It is a mirror that shows the future. After trying out the mirror – its first prediction comes true very quickly — the Emperor desires to know what the future of his line will be. Horrified, he sees the end that is near: the public execution of his grandson before a fanatical mob. Deeply distressed, the Emperor sends everyone away, even Laura, who would like to love and comfort him. Only his personal physician, Elieser, has his ear and he suggests that the poor people´s doctor, Rabbi Meir, be sought to show the Emperor the lower regions of society. – Meir, a strange and dubious character, shows the Emperor what misery there is in his city. He has to recognise the fact that no good has come of his rational order. In the meantime, Laura has decided to leave the Emperor and the court. She falls into the hands of three war cripples who violate her. The scenes run into one another – time and space are suspended. The three cripples force the Emperor to look at the future of his world, of Europe. In nightmarish images, all see the Battle of Verdun in 1916. The Emperor decides to ignore the mirror and forget this day. Meir, who brings him the skeleton of a child to remind him, is sent away again by the Emperor and has a premonition that his time is over and that wars will devour him. 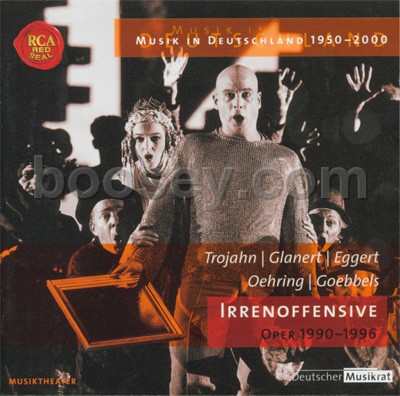