“…seeing as myths are timeless, why couldn’t Orpheus play a Fender Stratocaster, the electric guitar of choice for rockers from Buddy Holly to Jimi Hendrix to Eric Clapton? That’s what composer Steven Mackey is wielding in Orpheus Unsung… a tour de force for Mackey, who displays a fascinating musical vision and an astounding way with his instrument and effects pedals. (He performs barefoot in order to use as many toes as fingers to make this music)… a great showcase for a unique voice in American music.” —Twin Cities Pioneer Press

“Mackey's timbral language here is that of hard rock: lots of raw electric-guitar effects and pounding drums, supplemented by many pitches of gongs. But instead of thumping rock beats we get more unpredictable rhythms, with interactive digital loopers echoing and counterpointing what Mackey plays.” —Dallas News

“Employing countless combinations of effects pedals and knobs, Mackey produced more sounds than a
large orchestra, Treuting step for step with him on the ever-shifting rhythms. And the dance and design
proved faithful to the familiar story, yet communicated its key plot points in many a clever manner. It
adds up to an exciting work well worth experiencing, a kind of ballet set to a score reminiscent of ’70s
‘prog rock’ bands like Yes, King Crimson and Rush.” —TwinCities.com

With Orpheus Unsung Mark DeChiazza (director, choreographer) and I explore story telling in untexted media (music, movement, and image). As a conceptual premise we had the notion of an opera without singing – a guitar opera. While acknowledging the paradox of an unsung opera the notion at least aims us in an uncommon trajectory and helps distinguish this from a dance piece with accompanying music.

The hour-long narrative is driven by the music – solo electric guitar and drums – which traces the myth of Orpheus in the underworld. Our hero Orpheus marries is true love Eurydice. Following the wedding, Eurydice is bitten by a snake and dies. Orpheus cannot bear this and embarks on a perilous journey to the underworld with the aim of bringing her back. O’s musical gifts are supreme, animals, plants and even stones, move in order to better hear him sing and play his lyre. He sings his plea to the ruler of the underworld who does allow him to take E back with him under the condition that he not look back to check to see if she is still there. When O crosses the threshold back to the surface he can no longer resist and he looks back but E has not yet crossed and she is immediately drawn back to the underworld, gone for ever. O mourns but eventually comes to terms with his loss. Later, a mob of Thracian women in a Dionysian Orgy rip O apart. Dismembered, his head and lyre float down a stream, his head still singing and his lyre still playing, until they rest at the head of the stream and become an oracle.

The hour-long piece is structured in 3 acts that delineate the three phases of the journey – above ground, travelling in the underworld and the return to the surface and the land of the living.

The arc of the narrative is explicit in the titles:

Some of the features that characterize the music are the use of two guitars, one tuned normally and the other tuned microtonally which gives the harmony an other worldly sound or rather an "underworldly" sound. The guitar uses effects to inhabit different voices and suggest antiphony. Loopers which record and playback material in real time are used to multiply and stratify layers of activity. It is an orchestral conception of the electric guitar and the virtuosity lies not only in the finger play but also in the footwork on the pedals which coax the loops into being more like responsive partners in chamber music rather than drones.

The drum part was co-created with Jason Treuting (SO percussion) who teases out the layers of polyrhythm and adds some of his own. The drums are expanded with a large array of tuned gongs. 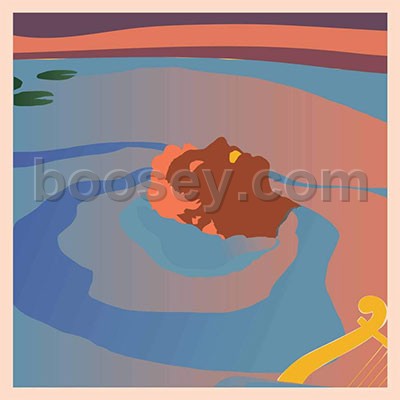