1985, aboard the cruise ship Achille Lauro, a few hours out of the port of Alexandria

The Death of Klinghoffer offers a fictionalized account of the infamous Achille Lauro incident of 1985, in which Palestinian terrorists boarded an Italian cruise ship, held its passengers and crew hostage, and killed an elderly, Jewish, wheelchair-bound American named Leon Klinghoffer. As the opera opens, the terrorists have hijacked the ship a few hours out of Alexandria, shutting down its engines and seizing the First Officer at gunpoint. The Captain urges the passengers to remain calm. They are herded together and sometimes taunted by their captors. On the deck, the Captain is being guarded by the terrorist Mamoud. As the boat drifts, the two men exchange reflections. Leon Klinghoffer is taken below decks and shot; the terrorists announce his murder to the Captain, who must inform the authorities on shore that additional hostages may die. Another terrorist, Molqi, decides that no other passengers will be killed; it is agreed that the Captain will take the ship to Cairo, where the terrorists will be allowed to disembark. The ship docks in Cairo; the Captain informs Marilyn Klinghoffer of her husband’s death. She pours out her outrage and grief. 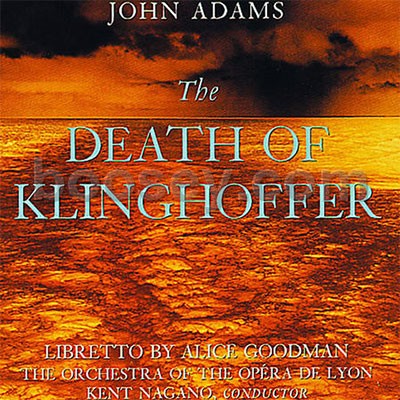