Orchestral material for the different arias (various instrumentation) is available for rental.

A clearly defined theme: strong, triumphant, but also forsaken and suffering protagonists, all of royal blood, have their say in a series of arias, from the early Baroque up to the early Classical period, that cover the enormous range of musical soul-searching and character drawing. It was to be an attractive mixture of the well-known and the unknown for a new CD project with Il Complesso Barocco. Arias with which the celebrated American mezzo-soprano Joyce DiDonato could show all facets of her mastery. Alan Curtis, pioneer of historical performance practice, outstanding interpreter, and musicologist, set out to find unknown treasures for her, treasures that, alongside the highlights of the repertoire, also provide for surprises. Joyce DiDonato and Alan Curtis’s "Drama Queens" became an exciting foray through two centuries of opera history, from the dawn of the young genre in the early seventeenth up to the end of the eighteenth century, in which famous arias by Monteverdi ("Disprezzata regina" from L’incoronazione di Poppea in the complete version), Cesti ("Intorno all’idol mio" from Orontea), Handel ("Ma quando tornerai" from Alcina, "Piangerò la sorte mia" from Giulio Cesare, "Brilla nell’alma" from Alessandro), and Hasse ("Morte col fiero aspetto" from Antonio e Cleopatra) are combined with Giacomelli’s original "Sposa son disprezzata" (fromMerope, parodied by Vivaldi in his pasticcio Bajazet) and splendid finds by Orlandini ("Da torbida procella" and "Col versar, barbaro, il sangue" from Berenice), Keiser ("Lasciami piangere" from Fredegunda, "Geloso sospetto" from Octavia), and Porta ("Madre diletta, abbracciami" from Ifigenia in Aulide). Haydn’s "Vedi se t’amo" from Armida, in a transposition that is more comfortable for a mezzo-soprano, concludes the program. The arias in the present edition were newly edited, in some cases for the first time, for the CD project. As the first volume of the "Complesso Barocco Edition," it marks the beginning of a collaboration between Alan Curtis and Boosey & Hawkes within whose framework critical and practical editions of numerous major works, in addition to rediscoveries from the Baroque to the Classical periods, will be made accessible to all interested performers. 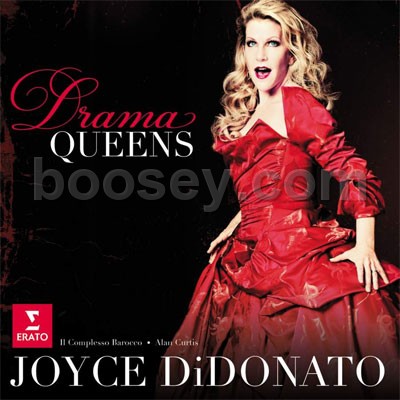