Komarov’s Fall was commissioned by the Berliner Philharmonic Orchestra as part of their “Ad Astra” project, a concert programme featuring several new works by contemporary composers, especially commissioned as “asteroids” to compliment Gustav Holst’s Planets Suite. My work is written in memory of Soviet Cosmonaut, Vladimir Mikhailovich Komarov, who died upon re-entry to the earth’s atmosphere in his Soyuz I spacecraft in 1967. He was the first person to die in space and, significantly, a major casualty of the political mongering that so characterized the international space race in the 1960s.

Since Komarov’s death, it emerged that the Soyuz 1 space project had been dogged by problems from the beginning, and that the craft was not ready for manned flight. But objections from the engineers were overruled by political pressures for a grand space flight to mark the anniversary of Lenin’s birthday

As I began work on this commission, the initial sonic inspiration for my “asteroid” came via the eerie, lonely beauty to be found in recordings of space telemetry signals, but chancing upon a vivid archival recording of Komarov’s frantic discussions with the control centre from on board his craft further informed the dramatic urgency of the work, especially in the jagged, semiquaver rhythms that appear throughout, first heard on woodblocks in the opening pages of the score. (Persistent rumors state that Komarov died cursing the mismanagement of the spacecraft designers and flight controllers.)

Komarov’s wife, Valentina, was invited to speak to her husband from the control centre and it is their imagined farewell, in the midst of the drama of Komarov’s precarious situation, which inhabits the brief lyrical section in the middle of the piece.

The asteroid “1836 Komarov”, discovered in 1971, was named in his honour by the International Astronomical Union. 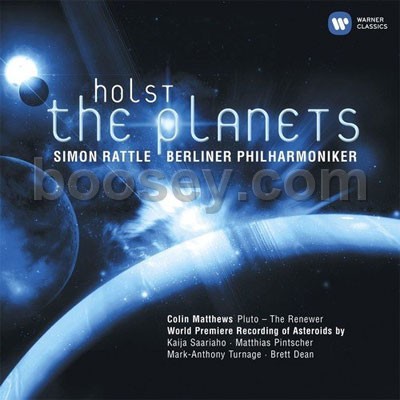