Carlo was commissioned by the Australian Chamber Orchestra for the 1997 Huntington Festival and is scored for 15 solo strings, sampler and pre-recorded tape. The title refers to Carlo Gesualdo (1560–1613), Prince of Venosa, esteemed composer of idiosyncratic and highly accomplished vocal music of the Mannerist style and perpetrator of one of the most heinous and widely publicized criminal acts of Italian society in the 16 th Century, namely the murder in 1590 of his own wife Maria d´Avolos and her lover, Don Fabrizio Carafa, Duke of Andria.

Not surprisingly, this Carlo character has been regarded as a fairly notorious figure ever since. Historians to the present day still seem undecided as to the true merits of Gesualdo the composer, unable to separate the characteristics of his compositions, with their harmonic extremities and surprises and their textural complexities, from the infamy of Gesualdo the murderer. There are, no doubt, numerous contemporaries of his whose music would be just as worthy of the kind of attention now given to Gesualdo, composers such as Marenzio and Luzzaschi who didn´t fan the flame by butchering their spouses. But I believe that with Carlo Gesualdo one shouldn´t try to separate his music from his life and times. They are intrinsically interrelated. The texts of his later madrigals, thought to be written by Gesualdo himself, abound with references to love, death, guilt and self-pity. Combine this with the fact that I´ve always found Gesualdo´s vocal works in any case to be one of music´s great and most fascinating listening experiences and you have the premise of my piece.

Carlo starts with pure Gesualdo... From a tape, one hears the opening chorale from Moro lasso, one of his most famous compositions, taken from his 6th Book of Madrigals. Following the tragically sinking chromatic line of this opening, a pre-recorded vocal collage unfolds, the various quotes from the madrigal initially linking harmonically; then going their own way, sometimes brighter and faster, at other points slower and more solemn. Gradually the orchestra becomes involved in this process, at first displacing the taped quotes from Moro lasso with other Gesualdo motives, and eventually leading us to altogether more 20th Century realms of sound. Occasionally the sampler or tape transport us momentarily back into the world of Gesualdo, only for the orchestra to embark on their own interpretation and re-working of this material. Throughout this journey between these two different time-zones, Geualdo´s madrigals are eventually reduced to mere whisperings of his texts and nervous breathing sounds. These eventually also grow in dramatic intensity into what may be seen as an orchestral echo of that fateful night in Naples on the 26th October 1590.

This composition would not have been possible without the help of Marcus Creed and soloists from his RIAS Chamber Choir in Berlin, aswell as Peter Groß, recording engineer at the Berlin Philharmonie. For their contribution towards the production of the taped and sampled vocal passages, my sincerest thanks. Also thanks to Simon Hunt for his programming and realisation of the sampler part.

Carlo is dedicated to Richard Tognetti and the Australian Chamber Orchestra.

"... a mesmeric score that shows again why Dean is perhaps the most significant of all Australian composers. It stands out as one of an increasingly small number of pieces that successfully mix live and electronic performance. The music, at once haunted and haunting, opens with taped Gesualdo and expands in every direction with strings that are by turns wispy and scorching." (John Allison, The Times, 31 Oct 2001)

"Dean’s treatment [of Gesualdan motifs] is brilliantly imaginative, the splintering of vocal harmony into the screams and moans of Gesualdo’s victims forming a particularly graphic climax." (The Times, May 1998) 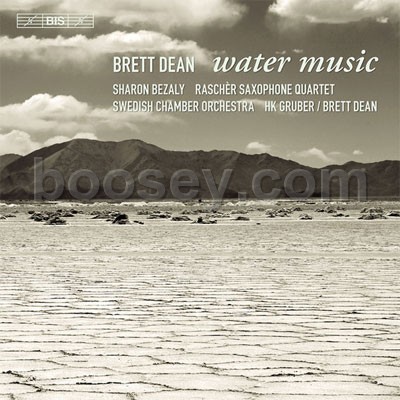