...for Richard and Susie.

Commissioned by ABN AMRO for the Australian Chamber Orchestra as part of their "Celebration of New Australian Music" series.

"A short story is always a disclosure, frequently an evocation."
Victor Sawdon Pritchett, from his preface to The Oxford Book of Short Stories, 1981.

"Not that the story need be long, but it will take a long while to make it short."
Henry David Thoreau, in a letter from 1857.

Just as I love reading short stories, the best of which reveal so much of life in just a few pages, so too have I always had a special admiration for music’s miniaturists, especially the aphoristic works of Webern, Satie and Kurtag, in the way they can convey a profound sense of knowledge and understanding in a brief utterance. It is one of the greatest challenges for a composer to reduce the workings of a piece of music to its barest essentials and yet get a message across.

So it is with the excitement of taking up this challenge that I present these five miniatures, written for my friends of the ACO, and commissioned to serve as interludes between, while not intentionally commenting upon, the masterly flamboyance of Vivaldi’s flute concertos.

Only one movement of this cycle sets out to describe a specific story, that of the death of Soviet Cosmonaut, Vladimir Komarov, who died upon re-entry to the earth’s atmosphere in his Soyuz I spacecraft in 1967, thereby becoming the first person to die in space, an early casualty of the political pressures of the international space race of the 1960s. The sonic inspiration for this, the fourth interlude, came initially from the eery lonliness found in recordings of space telemetry signals, but chancing upon a vivid archival recording of Komarov’s final frantic discussions with the control centre about the fate of his mission further informed the dramatic urgency of the work.

The other interludes tell abstract stories, open to personal interpretation and without a specific narrative. The opening „Devotional“ establishes a sense of prayer or private ritual, a delicate hymn-like chorale set against a restless background of scurrying solo viola and glassy violin pizzicati. Dark and disturbed visions or dreams inhabit the world of „Premonitions“, the second interlude, with its atmosphere of arrest and unease. „Embers“, the central interlude, conjours up a scene of staring into a dying fire as it gives off its final occasional sparks in a slow, dreamy movement that explores string colours and sonorities while the closing „Arietta“ presents us with a somewhat disembodied song of „near-resolve“ . Led by a solo violin line, other solo voices add momentary comment to this emotionally ambiguous slow movement, a short homage to the string quartets of Webern which so tellingly present such an array of expressive possibilities in a very confined space. May these five interludes evoke your own images or stories as you hear them.

"Interwoven between, and sometimes within, the [Vivaldi Flute] concertos was the world premiere of Brett Dean’s Short Stories. Cleverly utilising a range of effects, including pizzicatti, glissandi and whispering harmonics, these evocative, tightly structured miniatures are, for the most part, brooding and unsettling, dominated by a threatening, nervous energy that occasionally swells up into frenzied outbursts. Only the elegiac, Arvo Pärt-like finale, Arietta, offers any sense of relief, albeit fleeting and unresolved. Once again, Dean proves that he is a composer with a distinctive voice and singular vision." (Murray Black, The Australian, 04 Jul 2005)

"[Dean’s] miniature stories are a rich amalgam of images and sonorities. His string essays proceeded in stealthy fashion. The plucked strings seemed to conspire in whispers before converging onto a meshed canvas of solo melodies and glissandi, the sounds made by sliding a finger along a string. The celestial mood eventually succumbed to combative episodes. This is a finely crafted work." (Xenia Hanusiak, Herald Sun, 06 Jul 2005) 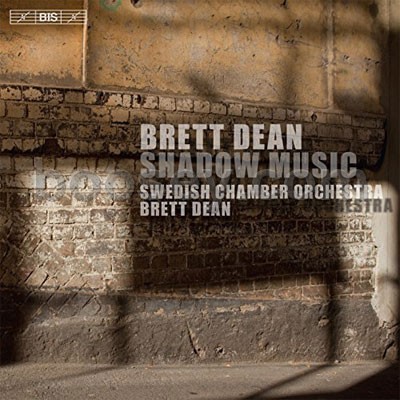