Although the passage of ten years between conception and execution of my second symphony undoubtedly effected alteration in a number of details as originally conceived, the fundamental concept of the work remained unchanged. There are three connected movements—allegro, adagio, allegro—and the first and third movements (each set at precisely the same unchanging tempo) share the same motivic material; in a sense, the third movement constitutes a further structural "development" of the first, even though both movements are cast in a tripartite (A-B-A) form in which the B section introduces new material as well as elaborating and developing music already stated. The central adagio functions as a kind of prism through which the music of the first movement is "refracted," in the process altering its mood and affect. This adagio, composed in memory of my friend and colleague Stephen Albert, might be said to act as a tunnel through which the somewhat mercurially-mooded first allegro passes; on the other end of the tunnel, this allegro music emerges recognizably both the same and different, with the lighter temperament of the originally heard music now darker and more threatening in tone. As a result, the arch-like form of the symphony brings the work to a close at virtually the same structural point at which it began, but the conclusion's emotional world is light years away from that at the beginning. 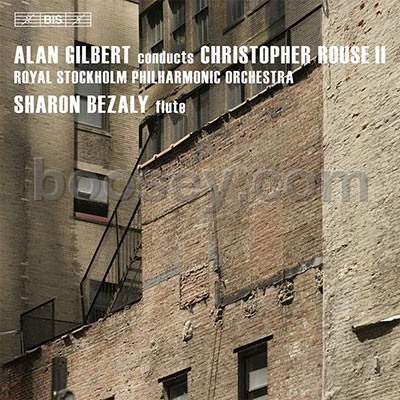