after the Requiem mass and medieval poetry, compiled by the composer (L)

"...an outstanding choral achievement, a work of great power and intensely vivid invention, which uncannily finds musical parallels to Bosch’s surreal imagination, and to the extremes of his visions of heaven and hell, grandeur and intimacy. The score juxtaposes glimpses of the apocalypse with moments of extreme sweetness, in intensely detailed choral and orchestral writing that consistently avoids all the cliches that disfigure so many contemporary oratorios."
The Guardian

"To give his composition structure, Glanert has used not only the fixed movements of the Requiem, but has also combined these with other texts – also in Latin – on the seven deadly sins from the Carmina Burana manuscript… It is an interesting approach and one which is certainly ‘Bosch-worthy’… The movements of the Requiem are each preceded by a shout from St Michael the Archangel, the prosecutor who determines whether Bosch may enter heaven, judging him against the seven deadly sins… Glanert wrote compelling music for all…"
De Trouw

"A successful composer of opera, Glanert certainly knows a thing or two about such drama. His idiom is harmonically rich and layered, yet also accessible and often, quite simply, beautiful."
NRC Handelsblad 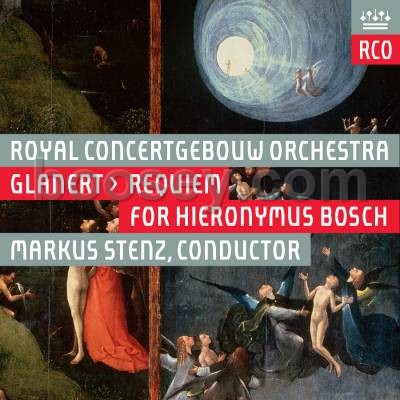