After having written my first piano concerto, which is an extensive 12-movement work called Displaced Dances, I felt the need to write a more conventional piece, at least in its structure. Whereas my first piano concerto was strongly rhythmic and percussive in nature, I wanted to write a more lyrical and unashamedly melodic work for Ian Munro whose playing has always captivated me with its poetry. Rather than taking off with a "bang", like the 1st concerto, I opted for a more atmospheric and reflective start, not unlike my earlier work "Purple Prelude".

The 2nd movement pays tribute to my mother who was diagnosed with a terminal illness at the time I was writing it. She was an amateur pianist who was passionate about Chopin's waltzes, which she used to play to my sister and I when we were kids. I quoted fragments of these and a couple of other works of Chopin, and used these very brief motifs to fashion a blues-like interlude.

The 3rd movement, in contrast to the other 2, is much less harmonious - more of an "in your face" cabaret style, short, fast and loud and the where piano is mostly in strenuous disagreement with the orchestra.

The 4th movement begins with a few repetitive phrases which build up like waves and culminate in soaring melodic outpourings. At the end of the work I returned to the themes of the other 3 movements, so that the coda forms a summary of the whole concerto.
Elena Kats-Chernin
(Reproduction Rights: This programme note can be reproduced free of charge in concert programmes with a credit to the composer.) 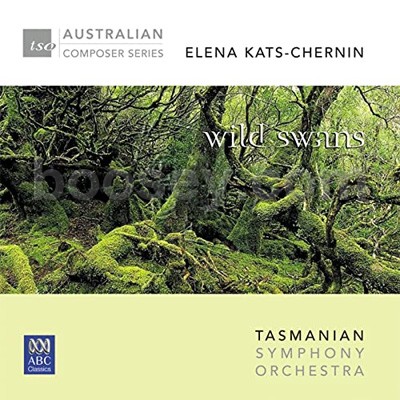