Oehring and passages, some freely remembered, by Büchner, Fontane and Jabès (G)

Space as a living BEING
opening up and contracting
as a body, breathing, BeingAllLungs
a sacred PLACE
shining and murdering.
Being THE PLACE–Everything to everybody.
And Nothing.

Im Dickicht der ZEICHEN attempts to create a model of communication. Groups of musicians, scores, samples and loops faded into the live performance as well as human action are all combined on stage and in the performance space. Scenic, theatrical elements are generated as a response to sign language, through onomatopoetic verse, pantomime and lighting effects, as well as a technical texture made up of control data, produced in real time. All these elements, none of which is given priority over the others, form a unity that has a playful, dream-like quality which centres around the subject of space. 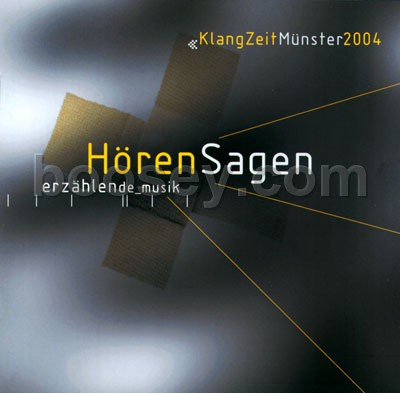