This work grew directly out of Stravinsky’s collaboration with Auden on The Rake’s Progress, setting texts he chose from Auden’s recently published five-volume anthology of the Poets of the English Language, which the poet had given Stravinsky as a present. The simple setting of ‘The maidens came’ shows Stravinsky’s growing familiarity at this time with Renaissance and Baroque music. ‘Westron winde’ has a melancholy air with an urgent cello accompaniment, perhaps reflecting Stravinsky’s compositional crisis at this time. The breakthrough came with the setting for tenor of ‘Tomorrow shall be my dancing day’, the large, central panel of the Cantata. It is called a ‘Ricecar’, whose canons are built from a melody that is treated serially, his first essay in this musical technique (derived from the practices of Schoenberg, who had just died). These movements are separated by the four verses of ‘A lyke-wake dirge’. The Cantata was a transitional work for Stravinsky, and it is perhaps this that provides its powerful, expressive impact in performance. It would make an excellent companion to other works engaging with English texts, such as Britten’s Serenade for Tenor, Horn and Strings, which also sets the ‘Lyke-wake dirge’.

Stravinsky: "After composing The Rake's Progress I was persuaded by a strong desire to compose another work in which the problems of setting English words to music would reappear, but this time in a purer, non-dramatic form … Three of the poems are semi-sacred. The fourth…is a love lyric. The Cantata is, therefore, secular." 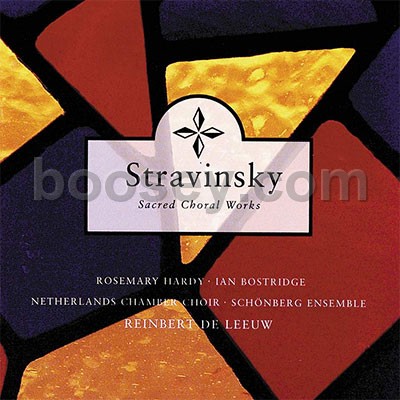