This was Stravinsky’s second complete score for the Ballets Russes, following the success of The Firebird, premiered at the Théâtre du Châtelet in Paris in 1911, and arguably his first truly original and forward-looking work. His initial idea was for a concert piece for piano representing ‘a puppet suddenly endowed with life, exasperating the patience of the orchestra with diabolical cascades of arpeggios’. The piano is still present in the orchestra. The ballet tells the old Russian tale of three puppets who are brought to life. It opens with a magical representation of the bustling Shrovetide fair in St Petersburg, a lively collage of folk tunes and popular songs. The glittering sequence of Russian dances displays Stravinsky at his most exuberant. Petrushka could form a striking centrepiece to a programme of works by Stravinsky’s Russian and French contemporaries, such as Debussy and Ravel, Prokofieff and Rachmaninoff, or even works that have been inspired by puppetry and masks.

Stravinsky's Petrushka, the Slavic Pierrot, was in the composer's words "the immortal and unhappy hero of every fair in all countries." As theater, Petrushka is both comic and harrowing. In concert, the four scenes of the ballet are typically performed complete – but are readily compressed. According to Eric Walter White: "When a shorter version is preferred, one can start with the Legerdemain Scene in Scene One followed by the Russian Dance and Scenes Two and Four. In order to shorten the final movement, Stravinsky occasionally authorized the use of the special nine-bar concert ending after the Masqueraders' Scene." 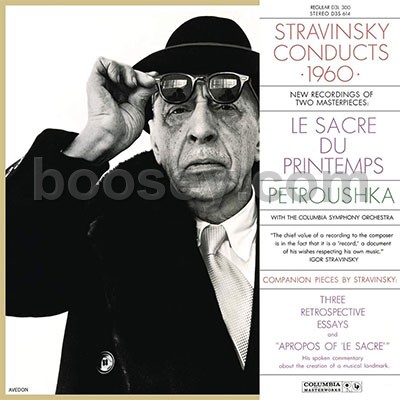