My viola concerto was written in 2013 and is dedicated to the soloist Lawrence Power. It is composed in three movements.

The first movement is based on a simple cadential figure, sounding as if it is a standard tonic/dominant statement, but is undermined by foreign notes in the bass which create a sense of unresolved tension. From this grows a lyrical and expressive line for the soloist, always underpinned by the two note/two chord tread in the accompaniment.

A metric modulation heralds the transition to the second main idea. Oboe and cor anglais play tentative fragments in a faster pace, and this leads to a dance-like theme on the brass. This in turn sends the soloist off on a new, terse little tune in semi quavers, low on the instrument. A lot of the accompaniment from here is carried by a quartet of two violas and two cellos, sometimes with a 'walking' solo bass. The quartet sometimes has an archaic quality, like a consort of viols.

After a development of these elements the original cantabile theme returns, but within a very different accompanying context. The original key is reached again, but using the second idea as a coda.

The second movement begins with an outburst in brass, woodwind and percussion. From this emerges a dreamy, muted string tread - a soft cushion of sound on which sits the song-like viola theme. The idea of the two adjacent notes, which dominated the first movement, is now back as a shaping ingredient in the melodic material of this movement too.

There is a subliminal hymn-like quality to this music which is made more explicit when the oboe enters in counterpoint to the solo line. The first section is completed with another outburst and settles to the second main paragraph, where the lyrical material is now developed. The climax of the work involves a third, more extended version of the opening violence, but gives way to a serene and mysterious fading away.

The character of the last movement is joyful, humorous and fast. It involves the soloist in a playful interplay with the string section, answered eventually by a simple rhythmic episode on woodwind and brass.

Something approaching an accompanied cadenza follows this, but the solo line is shaped by a new take on the 2 note leitmotiv. This time its melody is dominated by close minor seconds on double-stops. The strings have a chordal sequence against this, which implodes rhythmically.

Variations of these ideas then wind down to a tranquil middle section where the 'viol quartet' comes back as the principal accompaniment. Also prominent here is a solo flute which nods towards the influence of the Japanese shakuhachi.

Eventually the playfulness returns with added wind and tuned percussion and we hear the main ideas in new guises. Some of the most virtuosic solo music is reserved for the final few moments of the work. 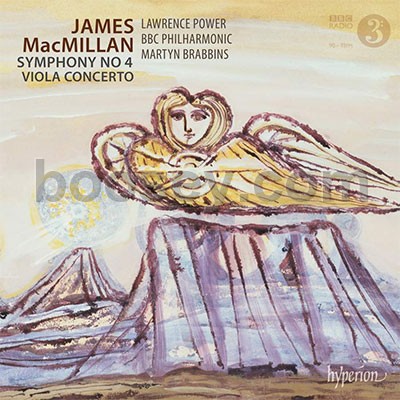