In 1989 when I was teaching in Buffalo, Miles Davis’ Autobiography was published. While reading it, I suddenly knew what the subject should be of my piece for the Kronos Quartet – early be-bop licks and especially the work of Charlie Parker. I wanted to do the impossible – be-bop is not at all idiomatic for string instruments. But be-bop had been an important influence on my musical development when I was young, and I decided to do something with this music from my youth.


Basically the essence of Charlie Parker’s playing is the extremely high tempo. This high tempo is really high, because the playing is based upon the chord structure of existing melodies, which sometimes are played two or three times as fast as normal. Parker needed speed to express what he musically felt: little time was left for him. This is the main explanation of the title of the work.


In the beginning of Facing Death, I literally quote fragments of Charlie Parker improvisations. I also quote one original melody: Orinthology (which is based on How High the Moon). The 7th and 8th bar of Orinthology became an important motif in the piece. The whole composition is one long development in Parker’s fast tempo.

“This constantly animated and fitfully contrapuntal high tempo work really does rage against the dying of the light.” The Times 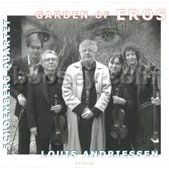