Hoketus is the result of the minimal art project I started in January 1977 at the Royal Conservatory in The Hague. This project’s purpose was to study the history of the American avant-garde movement both theoretically and practically, and I intended to finish the project by performing a composition that, making use of certain stylistic devices of minimal art, would at the same time criticise this style. The principal quality of minimal art compositions is the consistent limitation of musical material: the advantage is that all possibilities of one single musical aspect (usually rhythm) can wholly be explored and worked out. It is true that this is at the expense of other musical aspects.


Hoketus, too, has only one musical subject: the hoketus. The hoketus is a stylistic device of the Ars Nova (14th century, Machaut and others): the melodic tones are divided between two or more descants.


The ensemble Hoketus consists of two identical quintets: panflute, piano, Fender-piano, bass-guitar and percussion. The pitch material of both groups is (nearly) identical. This applies to the rhythm as well. It is, however, complementary: in Hoketus the groups never play simultaneously. What makes the piece Hoketus differ from most minimal art compositions is that the harmonic material is not diatonic but chromatic, and that it radically abandons the tonal continuous sound-masses characteristic of most minimal art, with the inclusion of all accompanying cosmic nonsense. 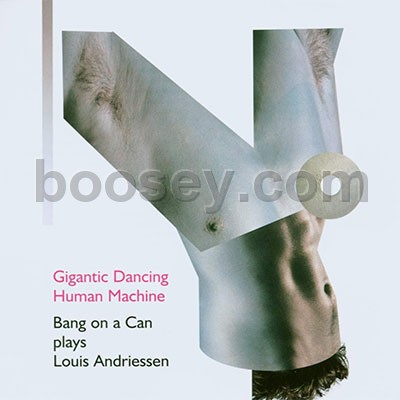