The commission from Carnegie Hall to write a short piano work that was not too technically demanding fitted with a request to write a piece for a ‘Toccata-project’ of the Dutch virtuoso pianist Ivo Janssen. The toccata form was developed by Frescobaldi and Sweelinck, but became fashionable again in the early 1920s. This was the starting point for Image de Moreau, but the piece soon turns towards French late-Romanticism, the time and spirit of painters like Redon and Gustave Moreau. The paintings of Moreau combine large areas of abstraction with very sharp figurative details, faces and objects, opening up unexpected emotional feelings.
Louis Andriessen, 1999 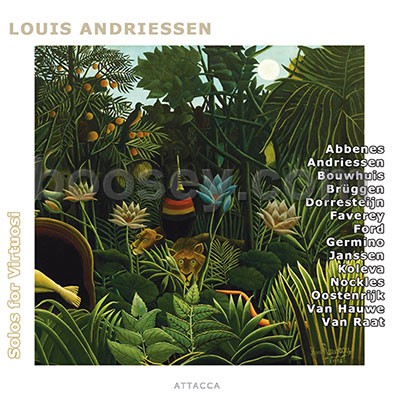