The idea behind Zilver was to write a chorale variation as Bach did for organ: a long, slow-moving melody, combined with the same melody played faster. The ensemble is divided into two groups: the wind and strings play the sustained melody in chorale-like four-part harmony, and the rest of the instruments – vibraphone, marimba and piano – play increasingly fast staccato chords. The two groups play in canons.


Zilver is one of a planned series of chamber pieces named after a type of physical matter. Hout (‘wood’) is the first, and Zilver (‘silver’) is the second. The title also refers to the two silver instruments – flute and vibraphone – which start and end the piece.


Reproduction rights:
This programme note may be reproduced free of charge in concert programmes with a credit to the composer

"...the inner voices of strings and winds are framed, punctuated and sabotaged by stabbing accents from the mallet instruments and piano. And therein lies the rugged beauty. Paradoxically, this is seductively mechanistic music..." Los Angeles Times 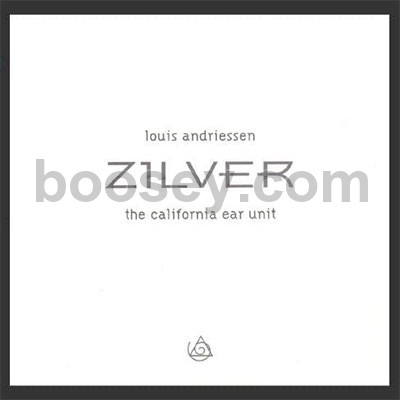