Libretto adapted by John Adams and Peter Sellars from a South Indian folktale and poems translated by A.K.Ramanujan (E-S)

A beautiful girl named Kumudha devises a plan to help her impoverished family: she transforms herself into a tree, from which she and her sister gather the fragrant flowers, weave them into garlands, and sell them at the marketplace. They carefully perform the ritual, which requires two pitchers of water for Kumudha to turn into the tree, and two pitchers of water for her to turn back into human form. The local prince spies on her and wants her for his wife. After their wedding, the prince commands Kumudha to perform the transformation for him. She complies, but his sister watches from a hiding place and, envious of her sister-in-law’s powers, forces Kumudha to perform the ritual for her and a group of her friends. After Kumudha turns into a tree, they break her branches, tear off her flowers, and abandon her, neglecting the water ritual which would revert her back into human shape. Trapped in a netherworld, not quite tree, not quite human, Kumudha is eventually rescued by a band of minstrels, who incorporate her into their travelling act because she can sing exquisitely. Meanwhile the prince, distraught at his wife’s disappearance, wanders through the country as a beggar. After a long time he ends up at his sister’s palace (she has since become a queen). Barely recognizing him, she takes him in. When she hears about a travelling minstrel troupe and a strange tree-woman with a heavenly voice, she summons the broken hybrid to the palace, in hopes it will help the prince. At once the prince recognizes his wife’s voice, and with pitchers of water restores her to her human self.
© Sarah Cahill

“The score is opulent, dreamlike, fiercely lyrical, at times shadowy and strange – unlike anything that the fifty-nine-year-old composer has written…”
The New Yorker

“…some of the most ravishingly beautiful passages of music that Adams has yet composed… [He] continues to develop and surprise — something of a late-flowering tree himself.”
Daily Telegraph

"...a radiant sunburst of orchestral beauty. This score abounds in ravishing music, some of the most purely gorgeous music of recent years. ...Adams has grown into possibly our finest living composer. He never utilizes anything other than an utterly appropriate compositional element, a hallmark of this score's beauty and poise."
Audiophile Audition 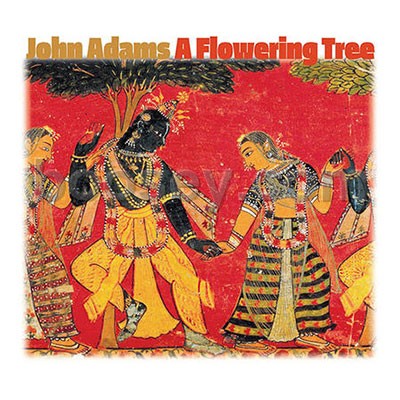