1969, Ravenhead's boat, out in the Atlantic Ocean


Ravenshead is based on the true story of Donald Crowhurst (Richard Ravenshead in the opera), who in 1969 challenged three competitors to a non-stop solo sailing race around the world. Although charming and intelligent, he was not equal to the task. Through a combination of incompetence, mechanical failure, and bad luck he found himself irrevocably off course. Crowhurst decided to cheat by hiding in a seldom-travelled part of the South Atlantic, then doubling back towards the finish line to come in second or third, avoiding undue suspicion. He never did finish the race. Eight months after he had set out from England, his boat was discovered, unmanned and ghosting idly in the middle of the Atlantic. On board were two logbooks - one imaginary, presenting an idealised version of the voyage for posterity, the other containing his actual position so he could find his way home. Faced with the likelihood that his deception would be discovered, Crowhurst apparently spiralled into madness and stepped off his boat into the ocean. Ravenshead, a monodrama, portrays these events in fictionalised form, depicting the title character's progression from unwarranted confidence to panic, despair, and finally insanity.
Moods 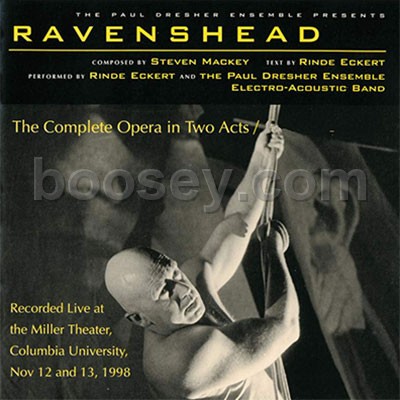