The couple Périchole and Piquillo eke out their living by singing on the street. Their love is great, but the money is not enough for a wedding. Périchole is put to the test when the viceroy of the country, Don Andrès, finds her half starved and exhausted, while he is mingling with the crowd, and promises her more than just a warm meal. On his return, Piquillo, who in the meantime had tried his luck on his own with his guitar, finds only a farewell letter from Périchole. Don Andrès wants to make Périchole his mistress, but the Peruvian law, which he himself set up, only allows him to do so if Périchole is married. So a husband must be found for her, and of course the viceroy's emissaries cannot find a better one than the completely frustrated Piquillo, who – drunk as he is – agrees to the profitable piece of horse-trading, not knowing who he is going to marry. His frustration becomes even worse when on the next morning, sober again, he realises the irony of his fate. When Piquillo, following the courtly etiquette, has to officially present his new wife Périchole to the viceroy – in other words deliver her to him – he gets so upset that he ends up in the 'prison for rebellious husbands'. Périchole manages with great intelligence and wit to teach a lesson to both the absolutist ruler Don Andrès and the absolutist lover Piquillo, a lesson applicable to all men. 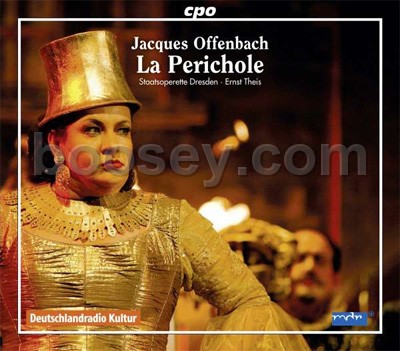