After the congregation has sung the hymn 'Lord Jesus, think on me', the Voice of God is heard warning Noye that he has decided to destroy sinful man and all living things, save Noye and his family. They must therefore construct a boat according to God's specifications. Noye and his family start building — all except his wife, who sits drinking with her friends. Meanwhile Noye is instructed to collect two of all the animals. The animals duly enter, and since Mrs Noye continues to refuse to get on the boat her sons carry her aboard just before the water sweeps away her gossipy friends. At the height of the flood all join in the hymn 'Eternal Father, strong to save'. After forty days, Noye sends a raven to seek for dry land but it does not return. Next he sends a dove, which returns with an olive branch in its beak — a mark of peace between God and man. When Noye and his passengers disembark, God sets a rainbow in the sky as a pledge of never flooding the earth again. All join in the hymn 'The spacious firmament on high'. 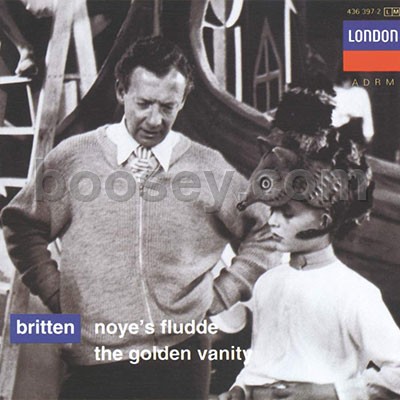