In a small Suffolk market town Mr Gedge the Vicar, Police Superintendent Budd, Mr Upfold the Mayor and the local head teacher Miss Wordsworth meet at the home of Lady Billows to appoint at her behest a May Queen as an encouragement to local chastity. As they review the list of possibles, Lady Billows's housekeeper Florence Pike, armed with reports of unworthy behaviour, condemns each and every one. Eventually none is left, and instead a May King is proposed and Albert Herring — blameless son of a widowed shopkeeper — is chosen. The group informs Albert and his mother at their shop — though the shy young man tries unsuccessfully to refuse. At the ceremony in a marquee in the vicarage garden, butcher's assistant Sid laces Albert's lemonade, so that his contribution to the occasion consists largely of hiccups and silence. Later, back in the shop, Albert casts envious glances at the affectionate relationship between Sid and his girlfriend Nancy and, armed with his prize money, sets off in search of a little adventure of his own.

By the following afternoon, concern is growing at his disappearance. The police are called in. Eventually the hasty villagers decide that he must have come to a bad end, and begin to mourn him. Up turns Albert, however, to face a telling off for going absent without leave and shocked reactions from his elders and betters when his carousing in public houses is revealed. Albert, of course, is unashamed, and celebrates his new-found independence by inviting three local kids into the greengrocers to share some peaches, tossing his May King's orange blossom wreath into the audience as a final gesture. 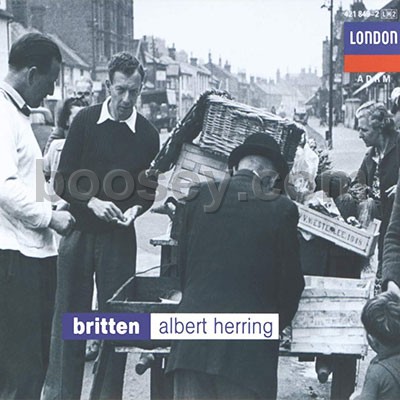