The opera is preceded by a prologue in which the former Captain Vere, an old man, ponders the significance of events that took place long ago. The main action is set on board the British naval vessel HMS Indomitable in 1797. The crew goes about its tasks driven by the brutality of the ship's Master-at-arms, John Claggart, who rules by violence. Three new sailors, press-ganged from a passing merchant ship, are brought on board. Two of them are meagre specimens, but the third — Billy Budd — is young, strong and handsome. Billy's goodness wins the hearts of all except Claggart, whose dark world is turned upside down by Billy's beauty and grace, and who determines to destroy him. As the boat enters enemy waters the sailors are mustered onto deck by Vere, and all including Billy swear undying loyalty to their Captain. Claggart has his creature Squeak rifle amongst Billy's belongings, but he is caught by the young sailor. The old sea dog Dansker warns Billy that Claggart has it in for him. Claggart then has the Novice — cowed into submission by an earlier beating — try to bribe Billy into supporting mutiny, but to no avail. Nevertheless Claggart takes a complaint to Vere, though is interrupted in his accusation by a brief skirmish with a French frigate that ends with the enemy escaping. Claggart then accuses Billy, who is called in by Vere to defend himself. His stammer, however, silences him, and he knocks Claggart down with a single blow that strikes him dead. At the court martial, Vere fails to speak up for Billy, who is condemned. He goes to his death with Vere's name on his lips. In the Epilogue, we return to the aged Vere, who again scrutinises his role in these events. 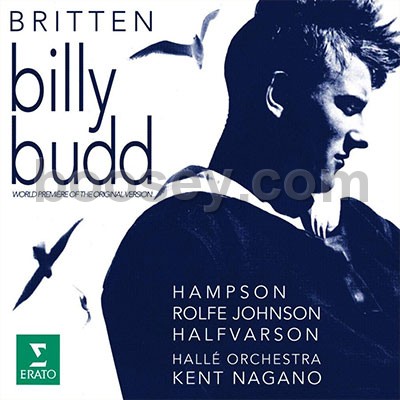