The Borough, a fishing village, East Coast of Anglia, towards 1830

At an inquest into the death of William Spode, apprentice to the fisherman Peter Grimes, coroner Swallow calls various witnesses, including Grimes himself, but the verdict of death in accidental circumstances does not satisfy the bulk of the villagers, who regard Grimes as a violent criminal. Their attitude becomes one of open antagonism when his only friend, the schoolmistress Ellen Orford, collects another apprentice from the workhouse for him. In the pub that evening Grimes claims his new boy, to a reception from his fellow townsfolk that is openly and almost universally hostile.

Ellen befriends the new boy, John, but is horrified to find evidence on his body of mistreatment. Challenging Peter with this, she is struck in her turn, and while the pub landlady Auntie and her dubious nieces find some sympathy for her the men of the village march in deputation to Grimes's hut to tackle him. They find it empty — minutes before the new apprentice had fallen to his death over the cliff edge and Peter had climbed down after him.

Grimes now disappears, and the local gossip Mrs Sedley stirs the village worthies once more into action, this time with the entire Borough (minus Ellen and the retired sea captain Balstrode) forming a manhunt. While they chase after him, Grimes, completely unhinged by his experiences, turns up on the shore, to be sent by Balstrode to sink himself and his boat at sea. As the village returns to life the following morning, a report of a ship going down is dismissed as a rumour. 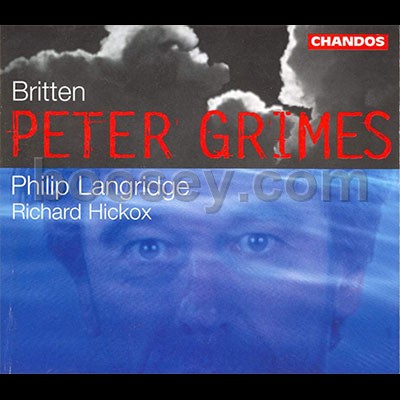