Frenesia was composed for the Royal Concertgebouw Orchestra of Amsterdam as one of the fruits of Detlev Glanert’s 10-year tenure as Composer-in-Residence with the orchestra. It forms part of an intercontinental co-commission to commemorate Richard Strauss’s sesquicentennial in 2014. This rollicking toccata-fantasia is scored for a standard large orchestra and a sizeable percussion array requiring four players.

‘When you hear the start of a work like Ein Heldenleben,’ Glanert has written, ‘you are struck by the strong muscular gesture and the way it energises the direction of the music. I wanted my new work to have a similar opening gesture, here wild and frenetic – hence the title Frenesia – which could act as a resource for what follows. Frenesia as a whole could be considered an anti-Heldenleben, not in any critical or satirical sense, but rather because the piece is against the traditional Romantic view of grand heroism, which I think is no longer possible after the historic events leading to 1945. It will hopefully demonstrate a different sort of power, as exemplified by the sound of the orchestra in the Concertgebouw, with brilliant violins, a special quality in the winds, and a sense of opening out a volume beyond the space in the hall.’

After that ‘wild and frenetic’ full-orchestral opening gesture, which generates tremendous energy and pace, a quiet, restrained section replaces it, in what Glanert terms musica povera, the music deconstructed into small cells yet its momentum straining at the leash. Almost imperceptibly, the opening pace is reacquired as a varied development on the opening section briefly holds centre stage. At the halfway mark now, the stillest music occurs with some fine solos for the winds but still full of potential energy which soon bursts forth again, and so the pattern recurs throughout the remainder of the work until the closing climax and a quiet, exhausted coda.
© Guy Rickards

“Frenesia opens in a similar vein of striding, big-boned confidence though the style is punchier and darker...Glanert writes for large orchestral forces with power and audacity. This is symphonic heavy metal–dark, driving and intense yet undeniably exhilarating in its churning, aggressive edge.” —Chicago Classical Review 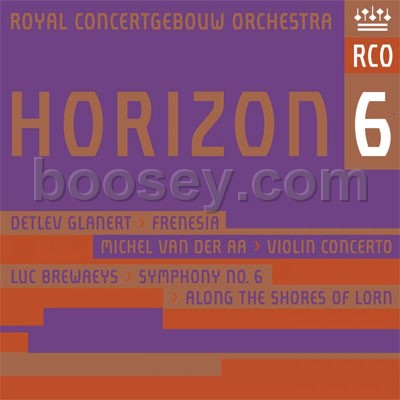