In writing a piece for the basset clarinet, Kats-Chernin set out to accent the flexibility and colors of this obscure instrument, while giving it a natural home in the context of the orchestra. The wide range of the basset clarinet allows opportunity for virtuosic arpeggios and scales from the instrument’s lowest to upper most register in a relatively short period of time, as demonstrated in the rhythmic and dance-like first movement. The second movement is slower and contemplative, beginning with a simple ornament which unfolds gradually into a broader motif based on Liszt’s Liebestraum. In contrast to the leaps and runs of the previous movement, the basset clarinet shows its deep and soulful qualities with long sweeping lines and sustained melody. The basset clarinet again shows its agility in the breathless final movement, as patterns shift in intervals around the centre of a chord, changing with each passing bar. The piece concludes after a virtuosic solo cadenza, tying Kats-Chernin’s signature lyricism and relentless rhythmic energy together. 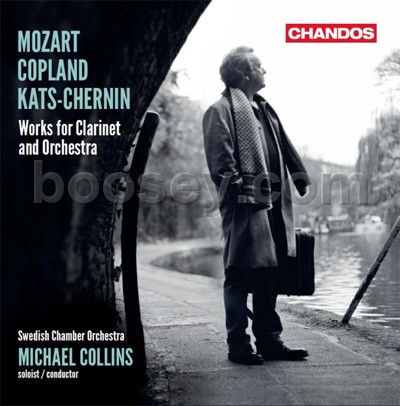