Begins studies at St Petersburg Conservatory, remaining there until 1885

Moves to Moscow, where he starts piano lessons with Nikolay Zverev 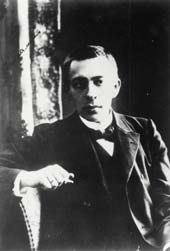 Scherzo in D minor for orchestra

Starts writing Piano Concerto No.1 and begins work on the 6 Songs published as op.4 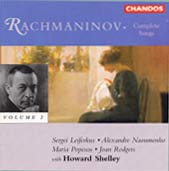 2 songs for bass voice and piano

Composes the two-piano Rhapsodie russe. Graduates from piano section of the Moscow Conservatory. Completes Piano Concerto No.1 and the tone poem Prince Rostislav 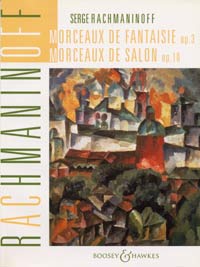 2 Songs for high voice and piano

Prelude in F for piano solo

Symphony No.1 in D minor 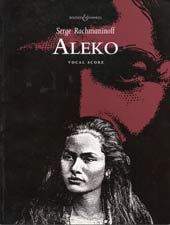 In Moscow gives premiere of Piano Concerto No.1 (first movement), composes Trio élégiaque in G minor and Prelude in C# minor. Graduates in composition, gaining the highest possible mark, 5+, for the opera Aleko, and wins the conservatory’s Great Gold Medal

for piano, violin and cello

Opera in one act BH

At the Bolshoy Theatre, Aleko has its premiere and is warmly praised by Tchaikovsky. Rachmaninoff composes the orchestral fantasy The Rock, the 6 Songs Op.8, and Trio élégiaque in D minor, prompted by Tchaikovsky’s death 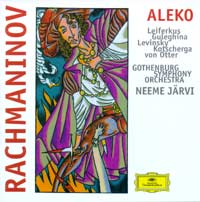 The Rock Fantasy for Orchestra

for voice and piano Op.8 BH

3 Songs for voice and piano

Song of the Nightingale for mixed chorus and piano

Starts composing Symphony No.1, Moments musicaux op.16 for piano and the 12 Songs op.14

Symphony No.1 has a disastrous premiere in St Petersburg, conducted by Glazunov. Rachmaninoff accepts a post as conductor of the Moscow Private Russian Opera Company

Makes his international concert debut at Queen’s Hall in London, conducting The Rock and playing the Elégie and Prelude in C# minor from Op.3

Were you hiccupping Song for bass voice and piano

Two Russian Songs for voice and piano (No.2 lost)

Begins work on Piano Concerto No.2 and the two-piano Suite No.2. In Moscow gives premiere of the concerto’s second and third movements 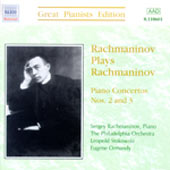 Completes Suite No.2 and Piano Concerto No.2, performing the complete concerto in Moscow in the autumn. Composes Cello Sonata

Piano Concerto No.2 in C minor

for cello and piano BH

1903
Variations on a theme of Chopin

Signs contract to conduct opera at the Bolshoy Theatre 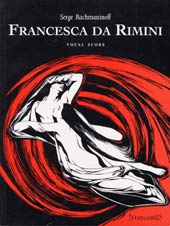 His appointment at the Bolshoy urges him to finish two operas on which he had recently been working: Francesca da Rimini and The Miserly Knight. Conducts the premieres at the Bolshoy. Since his youth, Rachmaninoff had spent many summers at the Satins’ country estate at Ivanovka. This summer he finishes there the 15 Songs op.26. In the autumn the family decides to spend some time in Dresden, to free the composer from the pressures of Moscow. Begins work on Symphony No.2 in Dresden.

Symphony No.2 in E minor

A second daughter, Tatyana, is born at Ivanovka

Conducts premiere of Symphony No.2 in St Petersburg

1908
Letter to KS Stanislavsky from SR

for bass voice and piano BH 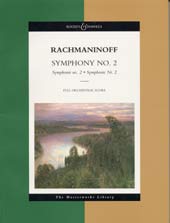 In Dresden completes the symphonic poem The Isle of the Dead; at Ivanovka writes Piano Concerto No.3, in time to give its premiere during his first American tour in the autumn

Piano Concerto No.3 in D minor

Back in Russia he writes the choral Liturgy of St John Chrysostom and the 13 Preludes op.32

1910
The Liturgy of St. John Chrysostom

for chorus a capella BH

Takes charge of the estate at Ivanovka, and there composes the Études-tableaux op.33 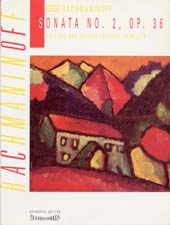 In Rome starts work on the choral symphony The Bells, which, together with Piano Sonata No.2, he completes at Ivanovka

for soprano, tenor, and bass soloists, chorus and orchestra BH

Piano Sonata No.2 in B minor

for chorus a capella BH

Anxious to leave Russia after the October Revolution, he accepts an invitation to give concerts in Stockholm. Revises Piano Concerto No.1. Leaves Russia at the end of December, never to return

From Stockholm the family moves to Copenhagen. In November they sail to America 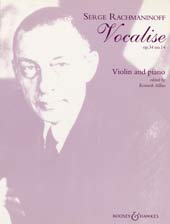 Rachmaninoff begins a new full-time career as a concert pianist, undertaking extensive tours every season from now on

arranged for voice and orchestra BH

Makes his first recording of Piano Concerto No.2

He establishes the Tair publishing house in Paris, the name deriving from his two daughters, Tatyana and Irina. Tair publishes several of his own works

Completes Piano Concerto No.4 and the Trois Chansons Russes op.41

for chorus and orchestra BH

Piano Concerto No.4 is unenthusiastically received when Rachmaninoff plays it in March. He withdraws it from the repertory

With the Philadelphia Orchestra records The Isle of the Dead, his orchestral arrangement of the Vocalise, and makes his second recording of Piano Concerto No.2

Respighi orchestrates some of the Études-tableaux. The Rachmaninoffs decide to build a villa, Senar, on the shores of Lake Lucerne in Switzerland

1931
Variations on a Theme of Corelli

The family moves in to the now completed Villa Senar. Composes Rhapsody on a Theme of Paganini, performing and recording it with the Philadelphia Orchestra

1934
Rhapsody on a Theme of Paganini

At Senar he begins work on Symphony No.3 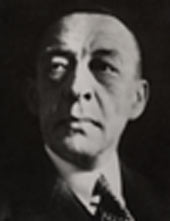 Completes Symphony No.3 (which he revises in 1938), and creates an alternative simplified version of the choral parts for the Presto movement of The Bells for the Sheffield Festival

Plays Piano Concerto No.2 in the concert for Sir Henry Wood’s jubilee, 5 October

Gives final concerts in England. Has a fall at Senar, and is prevented from attending the Covent Garden premiere of a ballet based on the Rhapsody on a Theme of Paganini. In the USA he records Symphony No.3 and Piano Concertos Nos.1 and 3, with the Philadelphia Orchestra

Revises Piano Concerto No.4, and records it

Gives final concert at Knoxville, Tennessee, on 17 February. Seriously ill, returns to Los Angeles, going first to hospital and then back home to Beverly Hills. He dies there on 28 March. His body is taken back to New York, and buried in Kensico Cemetery