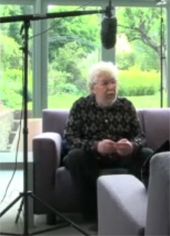 This interview with Sir Harrison Birtwistle, filmed at his home in Wiltshire, England, traces his creative path from student days in Manchester, through his ground-breaking compositions of the 1960s and '70s, to his recent operatic output. Featured works include Punch and Judy, The Mask of Orpheus, Panic, Harrison's Clocks, The Last Supper and The Minotaur.