This masterly work was written for the combined musical talents of Peter Pears and Dennis Brain. Framed by a horn solo played on natural harmonics to evoke an atmosphere of far-off, primeval innocence, the Serenade is an extraordinary example of Britten’s ability to set an anthology of texts bound together by a similar theme, in this case, the world of night, sleep and dreams. The twilit atmosphere that characterizes this beautiful and evocative work is offset by the two settings that form its centrepiece, the ‘worm in the rose’ of Blake’s ‘Elegy’ and a nightmarish setting of the anonymous 15th-century ‘Lyke Wake Dirge’. 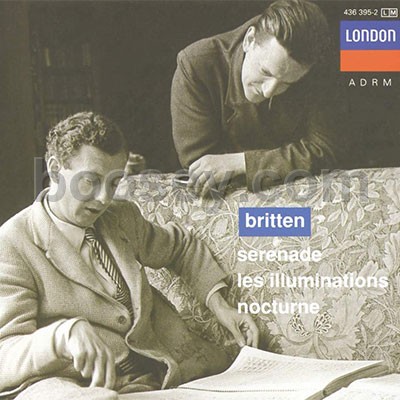