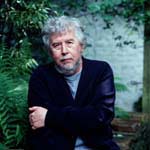 Born 15 July in Accrington, England. Only child of Lancashire farmers. Grows up on small holding on edge of the town.

His mother buys him a clarinet and he has lessons with leader of the Accrington military band, which he eventually joins.

Wins scholarship as clarinettist to Royal Manchester College of Music (now the Royal Northern College of Music), where he studies with Frederick Thurston (clarinet) and Richard Hall (composition). Fellow students include the composers Alexander Goehr and Peter Maxwell Davies, the trumpeter Elgar Howarth and the pianist John Ogdon. 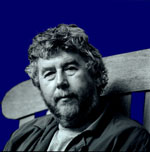 With fellow Manchester students founds the New Music Manchester group as a vehicle for exploring important twentieth-century works as well as for playing their own music.

Undertakes national service (1955–57) as a clarinettist with band of the Royal Artillery.

Only London concert by New Music Manchester group (9 January), organised by William Glock at the Institute of Contemporary Arts, including works by Goehr, Maxwell Davies, Lutyens and Hall, but not Birtwistle, who appears only as clarinettist.

Signed up to be published by Universal Edition, with whom he remains until 1994. Marries Sheila Duff. Undertakes variety of non-musical jobs.

Refrains and Choruses selected by Society for the Promotion of New Music and premiered at the Cheltenham Festival by the Portia Wind Ensemble. Birth of first son, Adam.

The World is Discovered for 12 players UE 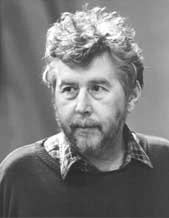 Pupils of Knighton House and Port Regis Schools give premiere of Music for Sleep, commissioned by Musical Times and Music in Education. His second son, Silas, is born.

Narration: A Description of the Passing of a Year for chorus UE

Music for Sleep for children's voices, piano and percussion UE

Ring a Dumb Carillon a 'dramatic scena' for soprano, clarinet and percussion (1964-65) UE 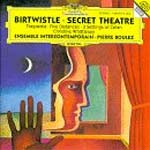 Verses for clarinet and piano UE

Wins a Harkness Fellowship for two years’ study in the USA. Becomes Visiting Fellow at Princeton University, where he completes the composition of Punch and Judy. 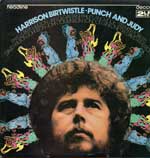 The Mark of the Goat a 'dramatic cantata' for actors, singers, two choruses and instruments UE

Completes his American studies at University of Colorado at Boulder. Co-founds Pierrot Players with Maxwell Davies and Stephen Pruslin. Their first concert at Queen Elizabeth Hall, London, includes premiere of Monodrama (later withdrawn) to a libretto by Pruslin and dedicated to Maxwell Davies.

Chorale from a Toy Shop for 5 players (various realizations) UE

Punch and Judy, to a libretto by Pruslin, premiered at the Aldeburgh Festival in the presence of Benjamin Britten. Nomos commissioned by the BBC Proms and premiered by Colin Davis and the BBC Symphony Orchestra.

Four Interludes for a Tragedy for basset clarinet and tape UE 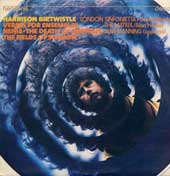 Down by the Greenwood Side, to a text by Michael Nyman, premiered at the Brighton Festival. Peter Zinovieff collaborates for first time, on tape parts for Linoi, Four Interludes for a Tragedy and Medusa.

Some Petals from my Twickenham Herbarium for piccolo, clarinet, viola, cello, piano and glockenspiel UE

What was to become The Mask of Orpheus, to a text by Peter Zinovieff, is commissioned by the Royal Opera House Covent Garden. The commission later passes to both London Weekend Television and Glyndebourne before it lapses, only to be renewed by English National Opera in early 1980s. The Pierrot Players disband (and become the Fires of London).

Signals for clarinet and tape ms 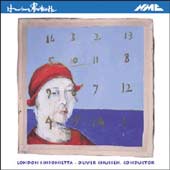 An Imaginary Landscape, a BBC commission, is premiered by Pierre Boulez and BBC Symphony Orchestra at ISCM Festival in London.

An Imaginary Landscape for brass, 8 double basses and percussion UE 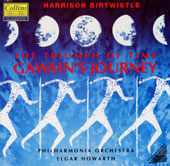 The Triumph of Time premiered in London by Lawrence Foster and Royal Philharmonic Orchestra.

Appointed Cornell Visiting Professor of Music at Swarthmore College, Pennsylvania. Begins composition of The Mask of Orpheus, Acts 1 & 2 (1973-76). Chronometer, his only piece exclusively for tape, prepared with Zinovieff, is premiered in London. Writes his only film score to Sydney Lumet’s The Offence.

Appointed Music Director, National Theatre, London. Scores include Hamlet (1975), Tamburlaine (1976) and Volpone (1977). Also works on other productions in collaboration with composer Dominic Muldowney, including Julius Caesar (1977), The Cherry Orchard (1978) and As You Like It (1979).

Melencolia I for solo clarinet, harp and 2 string orchestras UE

For O, for O, the Hobby-Horse is Forgot a 'ceremony' for 6 percussionists UE

Bow Down, to a text by Yorkshire poet Tony Harrison, is premiered at National Theatre. 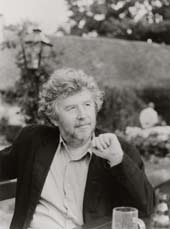 On the Sheer Threshold of the Night for soprano, counter-tenor, tenor, bass and chorus of 12 voices UE

Becomes Associate Director, National Theatre, and moves to Lunegarde in the Lot region of France. Begins work at IRCAM, Paris, with composer Barry Anderson on the electronic music components for The Mask of Orpheus.

Duets for Storab for 2 flutes UE

Deowa for soprano and clarinet UE 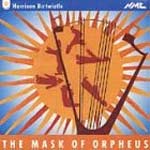 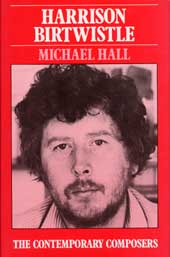 London Sinfonietta premieres Secret Theatre at his fiftieth birthday concert at the Queen Elizabeth Hall. Invited to Japan for a major retrospective of his music in Tokyo. First full-length study of his music published by Michael Hall (Harrison Birtwistle, Robson Books, London).

Tan Tan Tethera a 'mechanical pastoral' in one act UE

Songs by Myself for soprano and chamber ensemble UE

Directs Summerscope Festival at London’s South Bank Centre under the title ‘Harrison Birtwistle: His Fancies, His Toys, His Dreams’. 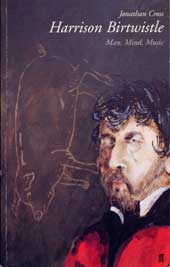 Premiere of The Mask of Orpheus by English National Opera at London Coliseum. Wins prestigious Grawemeyer Award from the University of Louisville. Yan Tan Tethera premiered by Opera Factory/London Sinfonitta at Queen Elizabeth Hall. Earth Dances, another BBC commission, is premiered by the BBC Symphony Orchestra, conducted by Peter Eötvös – ‘a desolate, disturbing rite of spring for this decade’ (Nicholas Kenyon). Made Chevalier des arts et des lettres by French government and Honorary Fellow of Royal Academy of Music.

Fanfare of Will for brass ensemble UE

The Mask of Orpheus wins the Evening Standard Award for Opera. Endless Parade is premiered by trumpeter Håken Hardenberger and the Collegium Musicum of Zürich. The work was commissioned and conducted by Paul Sacher and this association led in 1989 to the Paul Sacher Stiftung’s acquisition of all the manuscript material in Birtwistle’s possession and an ongoing archival relationship. 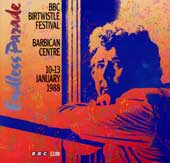 Four Songs of Autumn for soprano and string quartet UE

An die Musik for soprano and 10 players UE

Discovers poetry of Paul Celan in translation and begins 9 Settings of Celan (1989–96).

Four Poems by Jaan Kaplinski for soprano and 13 players UE

for oboe and piano BH

Antiphonies premiered in Paris by Philharmonia Orchestra and Joanna MacGregor (piano), conducted by Boulez. Appointed to Board of the South Bank Centre, London (1992-2002).

for tuba and orchestra BH 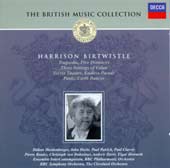 Fanfare for Glyndebourne for brass ensemble and timpani ms 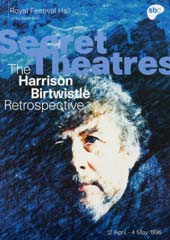 Moves from France to new permanent home in Mere, Wiltshire. Pulse Shadows premiered in Witten, Germany. South Bank Centre’s ‘Secret Theatres’ Festival includes UK premiere of Pulse Shadows and a new semi-staged production of The Mask of Orpheus, followed by a recording (NMC 1997). Mitsuko Uchida is soloist in US premiere of Antiphonies with Los Angeles Philharmonic and Boulez.

for piano and ensemble BH

for chamber orchestra or ensemble BH 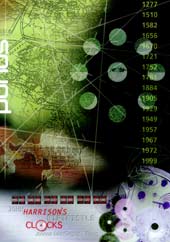 Appointed Director of Composition at Royal Academy of Music, London.

Exody premiered in Chicago by the Chicago Symphony Orchestra, conducted by Daniel Barenboim, followed by its European premiere at the BBC Proms. Simon Rattle conducts The Triumph of Time with City of Birmingham Symphony Orchestra in UK and at Konzerthaus in Vienna. Made Fellow of King’s College, London.

for two trumpets and 3 side drums BH

Rattle conducts Earth Dances with CBSO in UK and Vienna

The Woman and the Hare

for soprano, reciter and ensmeble BH

The Last Supper premiered at the Staatsoper, Berlin, conducted by Barenboim. The production travels to Glyndebourne Touring Opera (conducted by Elgar Howarth) in the autumn and Glyndebourne Festival the following summer.

for piano and percussion BH

The Sadness of Komachi

for tenor and prepared piano BH

for brass and percussion BH

The Shadow of Night 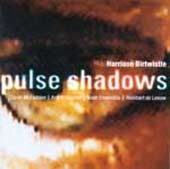 Returns to the Royal National Theatre to provide music for Sir Peter Hall’s production of Euripides’ Bacchai. The Shadow of Night, a Cleveland Orchestra commission, is premiered under Dohnányi in Cleveland, with a subsequent performance at Carnegie Hall, New York. Teldec recording of Pulse Shadows wins Gramophone Award for Contemporary Music.

Music to the play by Euripides BH

for large ensemble with 2 conductors BH

2003
The Ring Dance of the Nazarene

70th birthday events include performances of The Io Passion at Aldeburgh Festival, Almeida Opera and Bregenz Festival, and features at Lucerne Festival and South Bank Centre in London. The Shadow of Night wins RPS Award, and a companion work Night's Black Bird is premiered by Cleveland Orchestra under Franz Welser-Möst in Lucerne. Future commissions include new works for Royal Opera House Covent Garden.

for tenor, flute and guitar BH