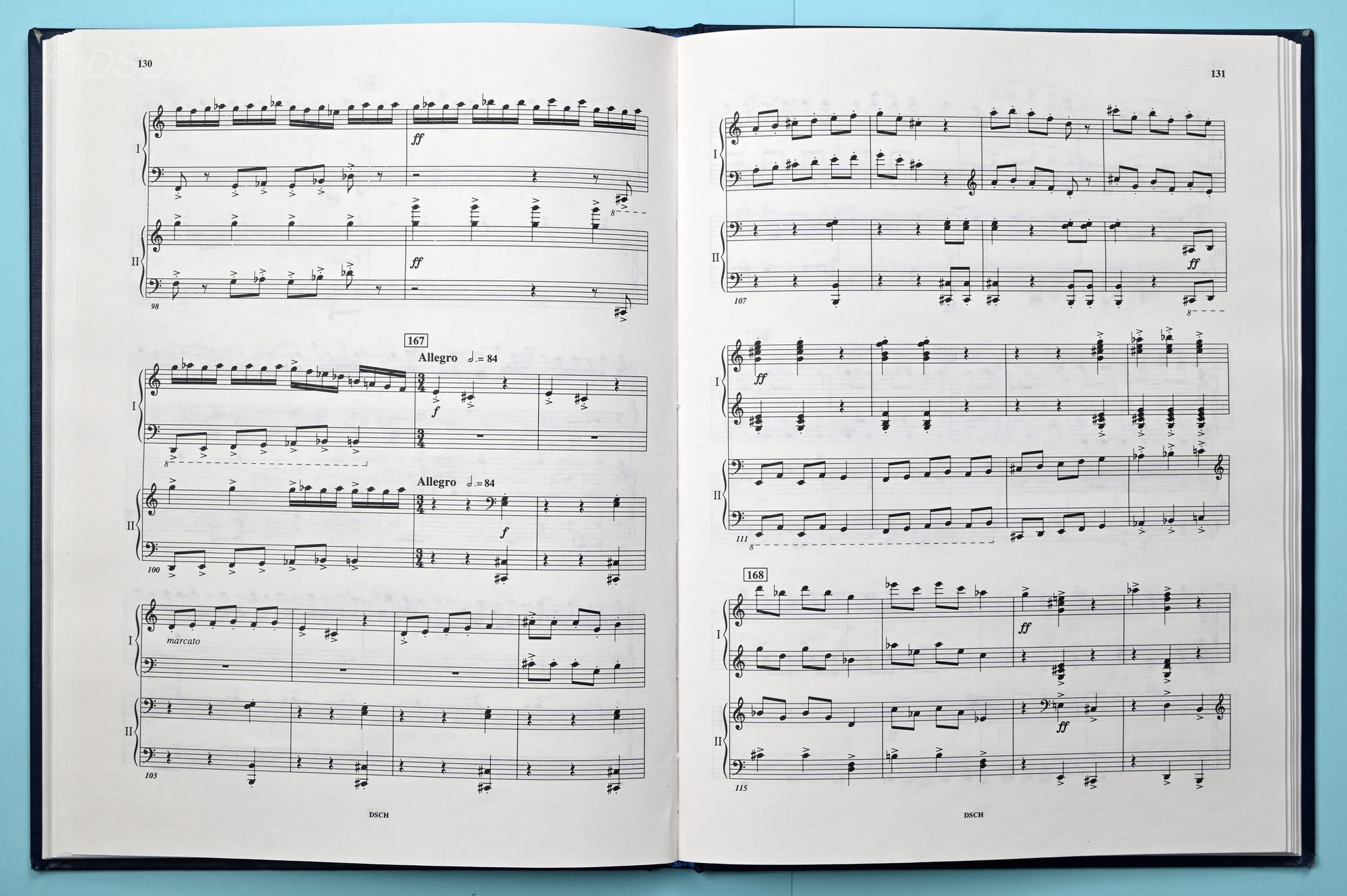 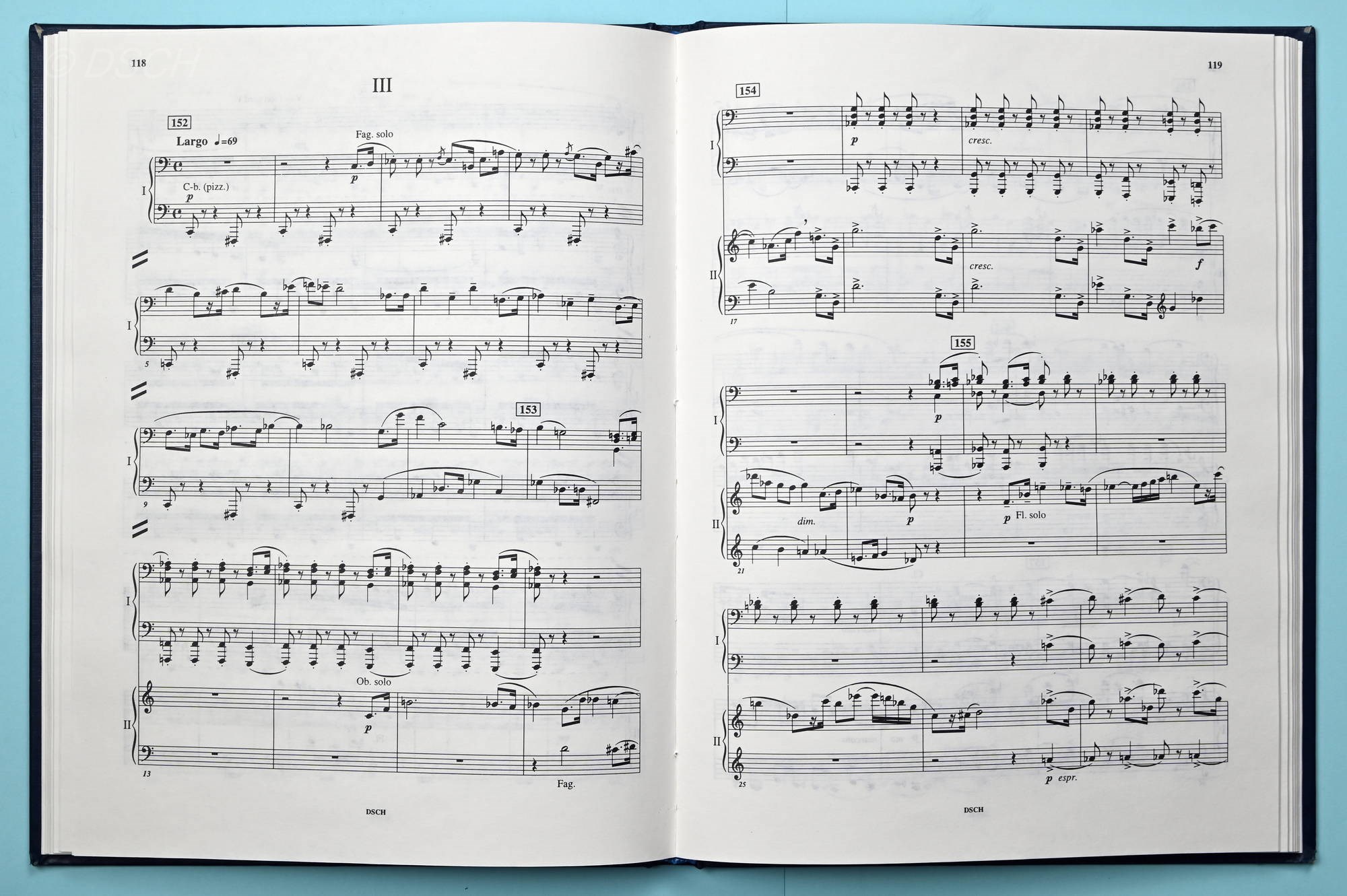 The author’s arrangement of the Fourth Symphony for two pianos (four hands) is being published for the first time. In 1946, a few copies were made on a collotype press by the USSR Music Foundation, without indicating the author of the arrangement, so that the members of the Union of Composers could acquaint themselves with the symphony. In 1948, after the Resolution of the All-Union Communist Party (Bolsheviks) Central Committee “On the Opera The Great Friendship by Muradeli” was issued, circulation of copies of this collotyped piano score was banned, and they were confiscated from use. The present publication was prepared on the basis of the author’s manuscript kept in the Shostakovich Foundation at the Mikhail Glinka State Central Museum of Musical Culture (rec. gr. 32, f. 98).

While preparing the manuscript for publication, the sheet music was collated with the collotyped copy of the piano score in Shostakovich’s family archive, as well as with the symphony score published in 1962 while Shostakovich was still alive (Sovetsky Kompositor Publishers, Moscow). In so doing, several significant differences were found in the orchestral and the piano versions of the composition, primarily, in the metronomic and tempo marks. In this publication, the metronomic marks of the author’s piano score in the first two movements have been preserved, and in the third movement the tempo and metronome have been inserted in keeping with the score. The entire author’s texture of the piano arrangement has been left untouched, however, the musical text has been extensively supplemented with dynamic, bowing, etc. indications borrowed from the score. Number references have also been inserted in accordance with the orchestral score. In the author’s manuscript of the arrangement, Shostakovich only indicated orchestra instruments once or twice, in this publication, however, the editor considered it expedient to provide such indications throughout the entire symphony. In addition, repeat of bar 4 in number 104, and the double bars omitted from the author’s manuscript of the arrangement in numbers 256 and 257 have been reinstated in accordance with the orchestral score. Obvious inaccuracies in the text of the author’s manuscript have been corrected without any additional comment.