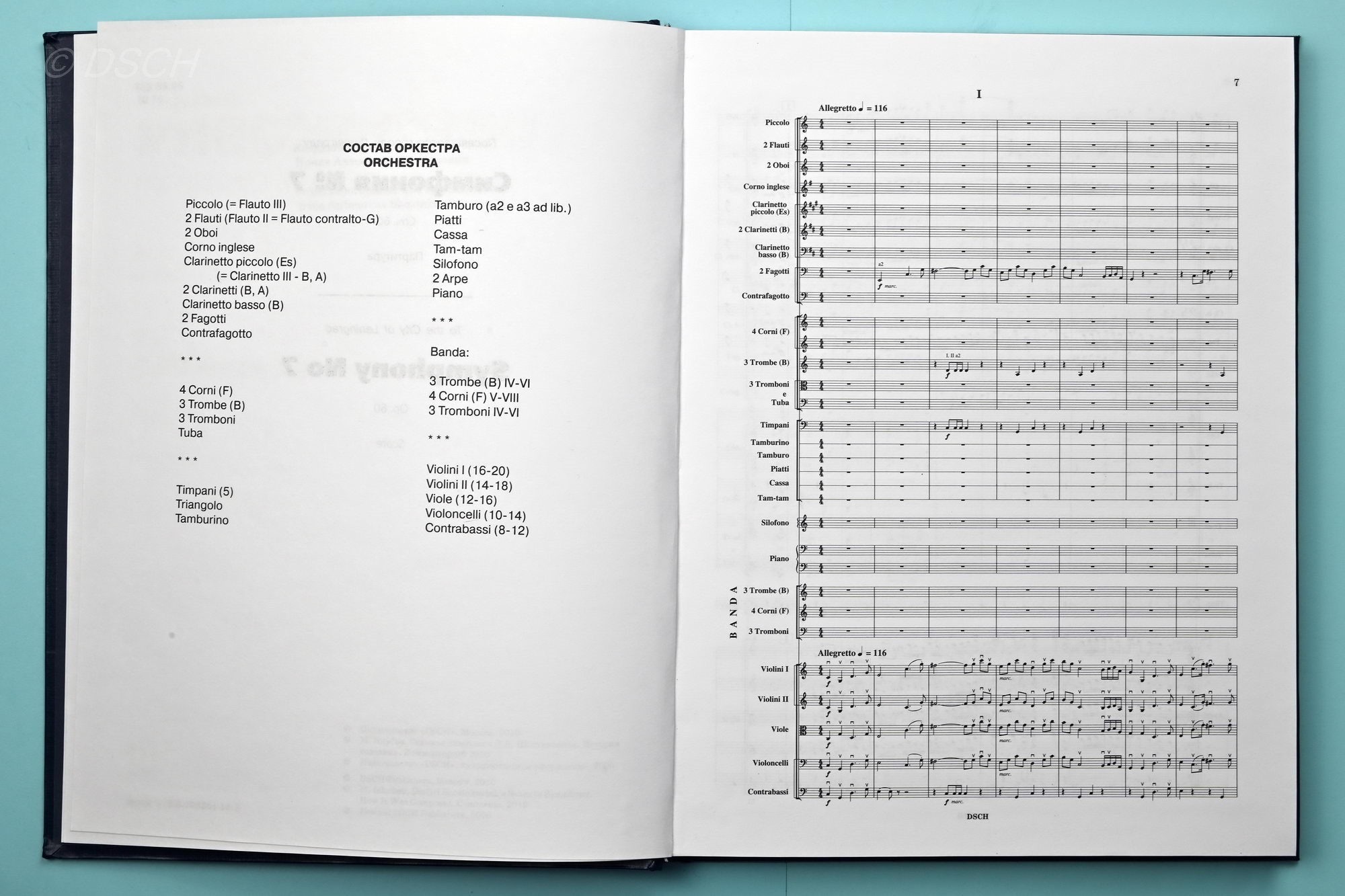 When preparing this volume, we used the lifetime editions of the symphony, the facsimile edition of the author’s manuscript of the score (D. Shostakovich, Symphony #7 “Leningrad”, Op. 60: Facsimile Edition of the Manuscript with a Commentary by Manashir Yakubov, Zen-on Music Company Limited, Tokyo, 1992.), and the edition of the score in Vol. 4 of Dmitri Shostakovich’s Collected Works (Muzyka Publishers, Moscow, 1981), in which the author’s corrections in the hand-written copy of the symphony and the author’s notes on the proof-read sheets were taken into account.

"This Full Score edition of Shostakovich's famous Seventh Symphony is remarkable good, maybe the best available! Note text is clear, and first editions errors are corrected. If you like Shostakovich's music, you need this. Wonderful!"