A year by year alignment of Finzi's life and works 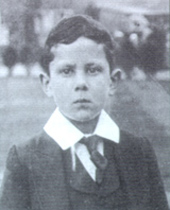 During World War I the Finzi family settles in Harrogate. Gerald studies with Ernest Farrar, a pupil of Stanford and friend of Vaughan Williams

Between 1917 and 1922 studies privately with Sir Edward Bairstow at York Minster and attends his rehearsals and concerts with the York, Bradford and Leeds Choral Societies

1921
Songs to poems by Christina Rossetti

Moves to Painswick in Gloucestershire

By Footpath and Stile, his first published Hardy settings, performed in London

A Severn Rhapsody performed in Bournemouth by Sir Dan Godfrey, and published by the Carnegie Trust 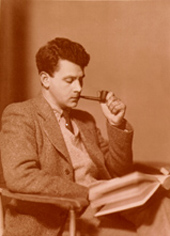 Following advice from Adrian Boult, takes a course of counterpoint with R.O.Morris

op.12 for tenor or soprano and small orchestra BH

op.6, the central movement of the Violin Concerto BH

Aria from Farewell to Arms op.9 for voice and small orchestra BH composed around this time

Moves to London where he becomes friends with young composers Howard Ferguson and Edmund Rubbra, and meets Vaughan Williams, Holst and Bliss for the first time

op.19 for high voice and piano BH The earliest songs in this collection date from this year 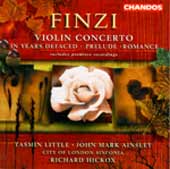 Vaughan Williams conducts the Violin Concerto at a Bach Choir concert, but the composer withdraws the work apart from the Introit.

Fantasia of Grand Fantasia and Toccata op.38 for piano and orchestra (c1928) BH

I Said to Love

for baritone and piano

The Fall of the Leaf (Elegy)

Teaches at the Royal Academy of Music until 1933

First complete performance of A Young Man’s Exhortation in London. Marries the artist Joyce Black, with Ralph and Adeline Vaughan Williams as witnesses, and settles at Aldbourne in Berkshire

Begins to work on behalf of Ivor Gurney, cataloguing his manuscripts, and is a driving force behind a Music and Letters symposium (January 1938), and behind the eventual publication of five volumes of songs and two collections of poems

First works published by Boosey & Co and Hawkes & Son, including Earth and Air and Rain 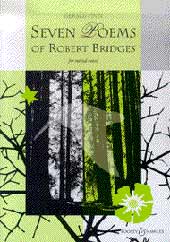 Moves to newly built Church Farm at Ashmansworth, near Newbury. Outbreak of war causes the cancellation of the premiere of Dies natalis at the Three Choirs Festival, a major performance which could have established his career as a composer

for tenor or soprano and strings

Dies natalis performed in London, 26 January. Founds and conducts the Newbury String Players, a small, mainly amateur body with which he gives enterprising concerts in a wide area round his home until his death. Many young musicians and composers, including Julian Bream and Kenneth Leighton, are offered the chance of performance, and Finzi revives and edits music by William Boyce, Richard Capel Bond, John Garth, Richard Mudge, John Stanley, and Charles Wesley

Works for Ministry of War Transport until 1945. His home is opened to several German and Czech refugees

Introduction from Farewell to Arms op.9 for voice and small orchestra (1944) BH

Festival Anthem for choir and organ or orchestra BH 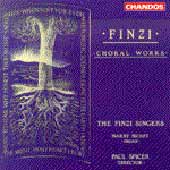 For St.Cecilia performed at the Royal Albert Hall under Boult

Broadcasts a talk on Parry, and over the following years orders Parry’s manuscripts for placing in the Bodleian Library

Conducts premiere of Clarinet Concerto with Frederick Thurston and the London Symphony Orchestra at the Three Choirs, Hereford; Before and After Summer published 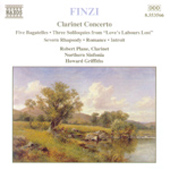 Before and After Summer

Intimations of Immortality performed at the Three Choirs, Gloucester

Learns he suffers from Hodgkin’s Disease and has ten years or less to live; reads a paper on John Stanley to the Royal Musical Association

Thou didst delight my eyes

for soloists, chorus and orchestra or organ BH

All-Finzi concert at the Festival Hall includes the first London performance of the Grand Fantasia and Toccata; begins editing a volume of Boyce overtures for Musica Britannica

In terra pax broadcast. Composes Cello Concerto for the Cheltenham Festival at the request of Sir John Barbirolli; delivers the Crees lectures at the Royal College of Music on ‘The Composer’s Use of Words’