A year by year alignment of MacMillan's life and works

For works published by Boosey & Hawkes, links are provided to useful information including scorings, durations and repertoire notes.

Born 16 July at Kilwinning in Ayrshire, Scotland, son of a joiner and a teacher (later social worker)

Tuition in piano and trumpet soon leads to earliest compositions, including a small piano piece and some orchestral music

Sets The Tryst by William Soutar in the style of an old Scots ballad; the melody is to be a source of inspiration in many future works

for unison voices and organ (or piano)

for solo oboe and ensemble

Awarded doctorate from Durham University. His music is performed for the first time at the Musica Nova festival in Glasgow.

Returns to Scotland and settles in Glasgow, heralding an extremely creative period. Catholicism and political concerns meet in Búsqueda, a turning point in the composer’s output. Collaborations with the Scottish Chamber Orchestra begin through educational projects.

for violin and piano

for speaker, actors, sopranos and ensemble

for ensemble and orchestra

for soprano, flute, cello and harp

Visions of a November Spring

Composer-in-Residence at the St Magnus Festival, Orkney, where Tryst is premiered by the SCO under Paul Daniel. Teaches his first composers’ course on Hoy with Peter Maxwell Davies. Tryst selected for broadcast by International Rostrum of Composers. 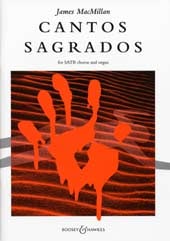 for choir and organ or orchestra

The Exorcism of Rio Sumpúl

for mixed ensemble or chamber orchestra 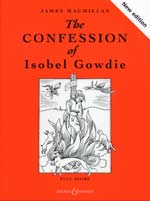 The Proms premiere of The Confession of Isobel Gowdie with the BBC Scottish Symphony Orchestra under Jerzy Maksymiuk is a momentous success, and its telecast boosts composer’s profile throughout UK. Búsqueda is performed at the Edinburgh Festival with Diana Rigg. Featured composer at Musica Nova in Glasgow where The Berserking is premiered by Peter Donohoe.

Concerto for piano and orchestra

The Confession of Isobel Gowdie

for choir, brass and percussion

Conducts The Confession of Isobel Gowdie with Philharmonia Orchestra in London and is subsequently appointed Visiting Composer. Tuireadh, written in response to the Piper Alpha oilrig disaster, is premiered at the St Magnus Festival by the Allegri Quartet and James Campbell. Featured composer at Huddersfield Contemporary Music Festival. Records the old Tryst song with his heroes of folk music, the Whistlebinkies. Attends performance of John Clifford’s play Inès de Castro and begins planning an opera.

for soprano and quintet or piano

for clarinet and string quartet (or string orchestra)

for choir and organ (optional)

A Cecilian Variation for J.F.K.

for 3 oboes or 3 saxophones

Tryst tours England on the Contemporary Music Network. First recordings of The Confession of Isobel Gowdie and Tryst released on Koch Schwann: the disc wins a Gramophone Award. Writes Veni, Veni, Emmanuel for percussionist Eveyln Glennie which is premiered to great acclaim at the BBC Proms. Launches the Philharmonia’s Music of Today series of early evening concerts in London, developing his interest in music beyond the central European mainstream, including Celtic, Nordic and Far Eastern composers, and those emerging from behind the former Iron Curtain.

Concerto for percussion and orchestra

for choir with optional oboe and viola solos

Featured composer at the Edinburgh Festival with 18 works performed, including premiere of Epiclesis by trumpeter John Wallace, a double-bill of Búsqueda and Visitatio Sepulchri, and Sinfonietta and The Confession of Isobel Gowdie conducted by Leonard Slatkin. Attends staged performances of Búsqueda in Wiesbaden. Recording of Veni, Veni, Emmanuel, the first under a new contract with BMG, wins Classic CD Award and Koch Schwann disc of The Confession of Isobel Gowdie and Tryst wins Gramophone Contemporary Music Record of the Year Award.

for violin or cello and piano

for 4 male voices or unaccompanied choir

They saw the stone had been rolled away

Fanfare for brass and percussion

Seven Last Words from the Cross

Cantata for choir and strings 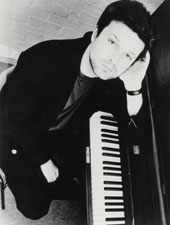 Travels to hear German premiere of Veni, Veni, Emmanuel with Sian Edwards conducting the Berlin Radio Symphony Orchestra, and first US performances with Mstislav Rostropovich conducting the National Symphony in Washington and the Cleveland Orchestra under Jahja Ling. On the strength of the work, Rostropovich asks MacMillan to write two scores: a cello concerto for him to play and a symphony to conduct. Seven Last Words from the Cross televised nightly through Holy Week on BBC TV, and premiered complete in Glasgow. The overture Britannia receives over 30 performances by UK orchestras in the 1994/95 season.

for voice and piano 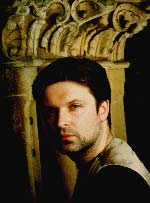 for medium voice and piano

for violin and piano

Premieres of The World’s Ransoming, the first of a triptych of commissions from the London Symphony Orchestra, and Inès de Castro by Scottish Opera at the Edinburgh Festival. The opera is a public success, but proves controversial for its blending of traditional narrative structure with postmodern musical style. Choreography of Confession of Isobel Gowdie by Mark Baldwin. Rostropovich is soloist in the Cello Concerto, with the LSO conducted by Sir Colin Davis.

for unison voices, choir (or cantor) and organ

for children's choir and piano

On the Annunciation of the Blessed Virgin

Concerto for clarinet and orchestra

Í (A Meditation on Iona)

for strings and percussion 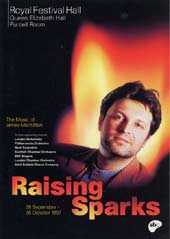 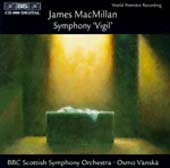 for children's choir or high voice and instruments

Four songs for mezzo and ensemble

Why is this night different?

for mixed chorus, organ, harp, string trio or any three like instruments

for SATB chorus and organ

Premieres of Why is this night different? by Maggini Quartet, and orchestral version of Cantos Sagrados.

for brass quintet and optional percussion 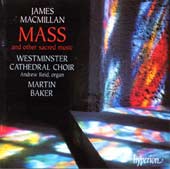 for cello and piano

The Company of Heaven

for piano sextet, or string orchestra and piano

for choir and organ, or orchestra

for choir (SATB) and organ

for choir (SATB) and organ, or orchestra

Album of easy pieces for cello and piano

for cello and piano

for solo soprano, oboe or cello 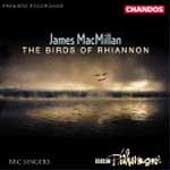 The Birds of Rhiannon

Tone-poem for orchestra with optional chorus

for choir a cappella (SATB)

for unison treble voices and piano

2002
A Deep but Dazzling Darkness

for chorus a cappella

for chorus a cappella